EXTRA: Thome in, Big Z out, Sosa survives for consideration another year 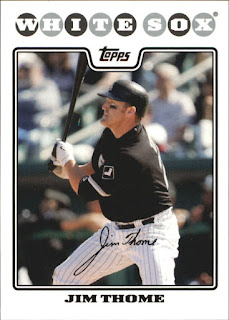 Jim Thome, the slugging ballplayer who spent nearly four of his 22 years as a major league baseball player with the Chicago White Sox, learned Wednesday he is a member of the Baseball Hall of Fame.


Come July, a bronze plaque immortalizing him amongst ballplayers will be presented at the hall’s museum in Cooperstown, N.Y., to the man who helped lead the White Sox to that tie-breaking  end-of-season victory over the Minnesota Twins that gave them their most recent playoff appearance in 2008. He got 89.8 percent voter support.


THE MAN WHO hit 612 home runs, the 500th of which came while wearing the black and white pinstripes of the White Sox, gets to be considered as one of the all-time greats because of the perception that he never resorted to anabolic steroids to try to bulk up and give himself greater strength.


Which is a lot more than Sammy Sosa, the one-time Chicago Cubs slugger who came up with 609 home runs, with 545 of them hit on behalf of the North Side ball club. It seems the suggestion that steroids were behind his sudden burst of power (and three seasons with 60 or more home runs, a peak level no one else has ever achieved) is enough to keep him far from the 75 percent level of voter support required for Hall of Fame induction. 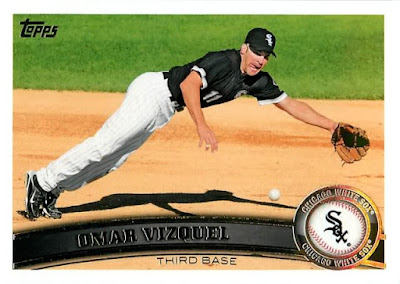 As it is, 33 baseball writers did think Sosa worthy of Hall induction, giving him 7.8 percent support and the right to be considered again come 2019. 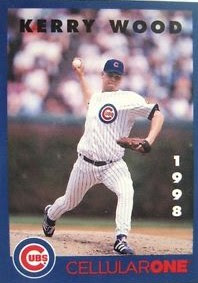 As for other ballplayers who will get a chance again next year, longtime star shortstop Omar Vizquel got 37 percent support. The star for Seattle and Cleveland who also played a short stint for the White Sox will contemplate his prospects all through this year while working his current baseball job – as manager of a White Sox minor league affiliate in Winston-Salem, N.C.


THEN, THERE'S ONE one-time Cubs pitcher Kerry Wood, who created lingering memories of that game where he struck out 20 men and whom I’m sure Cubs fandom thinks is worthy of baseball immortality.


The rest of the world does not – only two people voted for Kerry to be in the Hall of Fame. Which is better than the one who voted for former White Sox outfielder Carlos Lee. 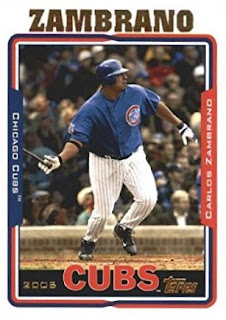 Although El Caballo (he supposedly ran like a horse) managed to get more support than Cubs pitcher Carlos Zambrano.


The “Big Z” was shut out – a result desired while pitching a ballgame, but not one enjoyed when one’s professional career assessed, particularly since it means the Venezuelan star will be remembered primarily for his erratic, and occasionally violent, behavior.