War of the women truly going to take down the GOP, no matter what they do

So Donald Trump decides to stomp all over what should have his big day of East Coast electoral victories by insisting the only reason Democratic presidential hopeful Hillary Clinton is doing well is because of her gender. 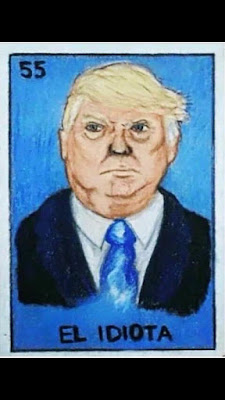 Trump’s chief GOP challenger, Ted Cruz, retorts with an act of desperation by giving us his choice of a vice-presidential running mate – Carly Fiorina, the former HP CEO who had her own presidential dreams back in the days when there were 18 or so Republicans in the running.

I REALLY HAVE trouble figuring which of these two clowns comes across as more pathetic and which would be the most truly unpresidential person our nation could have as a choice for someone who deserves to legitimately live in the White House.

I’m inclined to think it’s Trump, just because he seems to have a lock on buffoonish behavior.

But you have to admit that the junior senator from Texas has truly adopted his state’s reputation for over-the-top behavior. He’d probably conduct himself with more decorum if he truly were a Canadian!

For it seems that as the Republicans are on the verge of having to admit failure in their effort to deprive New York real estate developer Trump of the ability to use their party’s presidential nominating convention in Cleveland into a personal pep rally for himself!

SO CRUZ COMES up with this image of his presidential campaign as something truly historic – a chance to have a top-of-the-ticket pairing that could put a woman in a place of significance.

It might, in their minds, make some people give up on the idea of voting for Hillary because her gender would be a political statement. 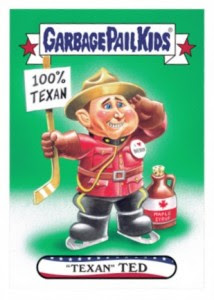 Reading through this probably makes you wonder what kind of medication I’m using to come up with such addled thoughts, and maybe the newly-prescribed blood pressure pills I have started taking is doing something.

But Cruz’ efforts to use the Fiorina image to bolster his own does little but drag him down.

FOR ONE THING, there were a few people who thought Carly would be fit for president. They may wind up provoking the concept that the wrong person was on top – just like it would have been a stupid mistake if Barack Obama back in 2008 had picked Clinton as a running mate. 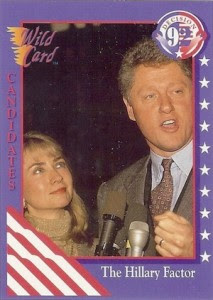 Besides, we really don’t want to think about running mates until we know who the nominees are! I can’t believe Cruz thinks he can use Carly to bolster what has become his long-shot chances of stopping Trump from becoming the nominee.

Face it, 2016 will wind up being the year of Who Do We Hate More?!? Hillary Clinton or Donald Trump. It really makes me wonder if a viable third candidate will emerge who can take the votes of people who can’t bring themselves to cast ballots for either one of them.

And as far as the Republicans are concerned, I have to confess that back in the days when there were 18 candidates, Trump and Cruz were always the two who stood out in my mind as the absolute last ones I would want to see get the nomination.

THE FACT THAT they are the ones who have prevailed and that Cruz, the ultimate knee-jerk ideologue, is considered the more sensible of the two is – in my mind – the evidence as to why I can’t take seriously the modern-day Republican Party.

And why I wind up siding myself with a mediocrity like Hillary – who’s going to bring back the two-decade old lame gags about her husband.

I have to confess one potential joy to the notion of Trump feeling compelled to take pot shots at Hillary’s gender at a point when he’s on the verge of primary victory.

The fact that he feels this way means his defeat come November (losing to ‘that dame’) will probably hurt him deep down all the more.