RTA lawsuit being turned into battle of ‘Chicago versus small towns’

I’m not sure what to think of the merits of the Regional Transportation Authority’s lawsuit filed against two municipalities on the fringe of the Chicago area. 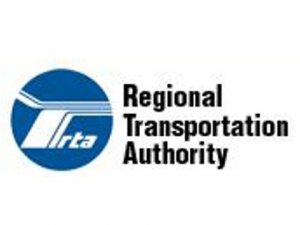 But the response from those towns (Channahon in Grundy County and Kankakee to the far south) is all too predictable. They want to view this as an incident of Mighty Chicago trying to pick on them.
WHICH IS RIDICULOUS when one realizes that Chicago city government technically has nothing to do with this particular lawsuit – unless you want to adopt the “conspiracy theory” mode that says Chicago is at the heart of everything that is wrong!
So my gut reaction is to think that there might be merit to the lawsuit filed by the RTA – which technically is an entity of Illinois state government. Perhaps the local politicos should be ranting toward Springfield instead of Chicago, although the city did file its own followup lawsuit in support of the RTA late in the day on Tuesday.

The primary lawsuit that got filed says that local governments in Kankakee and Channahon – in their attempts to create tax-incentive programs meant to bring (and keep) businesses within their boundaries – are causing less sales tax revenues to be produced.
Considering that the RTA relies on a share of sales tax revenues to help produce the money that it then assigns to its service boards (the Chicago Transit Authority, Metra and Pace) to maintain all those commuter trains and buses, anything that hurts their bottom line has a backlash to be felt across a large area.
THE LAWSUIT FILED in Cook County Circuit Court claims the RTA is losing about $20 million per year, just because those two municipalities are willing to see less taxes charged in order to keep businesses.
There also is the fact that those outer counties have lower tax rates than Cook County, which has led some businesses to relocate their offices to those outer suburbs to get out of having to pay (or charge) the higher tax rate of the city proper.

Which also translates into less money that ultimately flows to the RTA. Although I'm sure they're going to argue (perhaps legitimately) that they have a right to charge less in tax rates (usually because they're offering significantly less in services than large cities do).
Now considering that just about all local governments rely on tax incentives to attract business (playing off of that corporate attitude that seems to believe businesses should not have to pay any taxes), I find it a little greedy for one government to complain that another government’s incentives are hurting them.
BUT THEN AGAIN, there is a certain competitive nature that occurs between municipalities. They’re all trying to attract business, and any one town’s gain goes to the disadvantage of all the communities surrounding them.
So what should we think?
I just have a hard time taking seriously the statement issued by Channahon’s village administrator (the full-time professional who runs the town, with guidance from the part-time mayor and trustees), which tries to make this a ‘Chicago versus us’ type-of-issue.
They claim they were not notified of anything by Chicago or Mayor Rahm Emanuel. Which is true, since it isn’t their lawsuit.
I ALSO GOT my chuckle from the reference to the fact that Channahon’s budget is less than half of 1 percent that of Chicago city government.
If Channahon officials have any legitimate point in their response, it is the fact that the Illinois Department of Revenue ultimately distributes money raised from sales taxes. Perhaps the RTA’s “beef” is really with their fellow state agency?
Which is why those officials are correct when they say they’re following the letter of the law and complying with the state tax code. Then again, the state is merely following the guidelines set by the individual communities when it concerns who gets tax breaks and who does not.
Kankakee officials may have a more telling point. Mayor Nina Epstein told the Associated Press that the businesses her community is able to attract ultimately benefit the entire state of Illinois because those companies – most with single locations – would be located in other states if not for their preference for Kankakee.
WHICH COMES ACROSS as a little more mature than claiming “Mighty Chicago” is picking on us – like we’re hearing from Channahon officials.
Taking the broad approach that benefits us all, rather than focusing on the minutia of municipal matters, is most likely the way to win in the end.
Particularly since this lawsuit is starting out in Chicago-favorable territory of Cook County court – but is destined to wind up in the appeals courts, if not the Supreme Court of Illinois oh so many years from now.
-30-
Posted by Gregory Tejeda at 12:01 AM