A DAY IN THE LIFE (of Chicago): No Olympic fever here anytime soon

It’s not like there was going to be a serious effort to get the Olympics to come to Chicago in 2020 – not after the fiasco that resulted from the 2016 version of the summer Olympiad.
﻿

But now it is official. The U.S. Olympic Committee has no intent of supporting any bid for the games to be held nine years from now. Which means this city gets a few years to heal the bruises to its ego that it got rejected in favor of Rio de Janiero for the games to be held in five years.
IT SEEMS THAT groups in Dallas, Las Vegas, Minneapolis and Tulsa all had expressed some interest in hosting the 2020 version of the Olympics, and U.S. officials also contacted Chicago and New York along with Los Angeles (which actually has hosted the games twice before) to see if they were interested.
The end result is that the nation’s Olympic Committee decided that no one wanted the games badly enough, or was capable of putting together a credible bid, for it to be worth U.S. effort to try to get the games. Maybe next year (which by Olympic standards is 2024).
It just seems like not all that long ago that our city was convinced WE were going to host an Olympiad – with ceremonial events held in a stadium to be constructed near Washington Park and actual athletics to be held at sites all across the Chicago area (and even spreading a bit into the Midwest).
I can still hear the echoes in my mind of those activists who were convinced that this was economic disaster in the making – perhaps because they realized that the people who most wanted this were the contractors who would have build the facilities to be used by athletes.
SOMEBODY WOULD HAVE gotten rich, and it wasn’t about to be the city – which now admits to economic problems severe enough that officials are desperately counting on a casino to bail it out. Maybe because selling off the rights to the parking meters didn’t do Chicago much financial good.
Nonetheless, an Olympiad is the kind of major event that I could see being hosted in Chicago sometime. So I’m not ruling out the idea that city officials will try again at some point.
Perhaps it will be like the Democratic National Convention, which then-Mayor Richard J. Daley said in 1972 would NEVER AGAIN be held in Chicago. His son, Richard M., wound up welcoming da Dems back in ’96. Perhaps the next Daley family member to become mayor will put together a “winning” Olympic bid.
What other moments of interest were taking place Monday on the shores of Lake Michigan?
SINATRA SINGING ABOUT THE GROUPON BUILDING DOESN’T HAVE THE SAME RING TO IT:  Perhaps it is a good thing that Groupon Inc. officials are NOT going to move into the Wrigley Building. 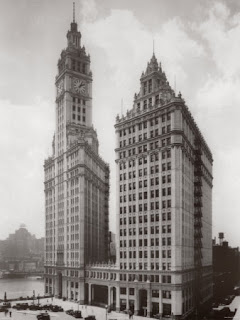 The company’s co-founders are in discussions about buying the property. But the Chicago Tribune and Wall Street Journal report that it wouldn’t be an outright takeover.
The Wrigley Building is going to be the Wrigley Building for some time – even though Wrigley officials admit they plan to move out completely by next year for a campus they have constructed on the fringes of the Lincoln Park neighborhood.
The idea of a company like Groupon, devoted to helping people find the best discounts on all kinds of products taking over one of the most stately and ornate structures on the Magnificent Mile seems like quite a stretch.
MICHAEL JORDAN RETURNS (Sort of):  This is the sad state of the Chicago sports scene these days – Michael Jordan hasn’t played for a hometown team in more than a decade, yet he still is able to attract significant attention to opening a restaurant here. 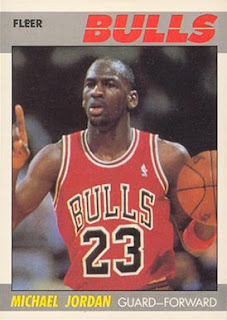 That is why we’re getting the Michael Jordan’s Steak House Chicago, opening Tuesday at the InterContinental Chicago Hotel on Michigan Avenue. So once again, we can dine (if we wish) in the image of the man who led the Chicago Bulls to those six championships in eight seasons during the 1990s.
Of course, that is if going to the onesixtyblue restaurant in which Jordan is part-owner wasn’t sufficient. Some people will do anything to feed of off sports “glory,” no matter how exorbitant the prices or average the food quality.
But it has to be a certain kind of glory. Since I can’t envision anyone getting too excited about eating at a theme restaurant bearing the image of Blackhawks right wing Patrick Kane or White Sox first baseman Paul Konerko – both of whom have been part of championship teams in Chicago much more recent than “Air” Jordan and those Bulls.
-30-
Posted by Gregory Tejeda at 12:01 AM