There’s just over one more month to go for the regular season of Major League Baseball this year, yet already we’re seeing the off-season speculation.
﻿

Perhaps it’s just because we realize how off-the-wall it would be to expect the Chicago White Sox to actually overcome their obstacles and qualify for a playoff slot. It’s too painful to think about.
SO WE’RE DOWN to trying to figure out who will be running Chicago’s two ballclubs come 2012. It seems at times like everybody wants to fire the field managers.
I would be surprised if Mike Quade, the guy who was supposed to be the logical, professional choice over Ryne Sandberg last year, returns for another season. As unfair as it truly is, he will get the blame for this year’s miserable Cubs ballclub – even though I’d argue they performed at about the level anybody should seriously have expected from them.
It is the White Sox where one will stir up a harsher argument. Should Ozzie Guillen – whose outspoken, colorful image has become that of the White Sox in recent years – be fired?!?
Personally, I don’t think so. But I also realize that sometimes in professional sports, moves are sometimes made just for the sake of making a move.
THE CHICAGO SUN-TIMES has gone quite a ways in recent days in terms of stirring up this speculation. Last week, they gave us the computer-altered photographs depicting Guillen in a Chicago Cubs uniform – and writing about how it might be possible he’d wind up there.
It would be a move in baseball history equivalent of when Leo Durocher left the Brooklyn Dodgers to manage the New York Giants – and ultimately won a National League pennant and World Series title there in 1954. 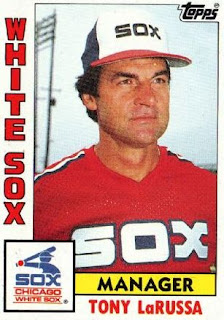 More recently, the Sun-Times on Tuesday gave us an “EXCLUSIVE!!!!!” telling us of “major-league” sources that say Guillen and general manager Ken Williams get along so poorly these days that there’s simply no way the two can work together any longer.
Of course, that could mean Williams is the one who gets bounced (as punishment for subjecting us to Adam Dunn and his .163 batting average, combined with 156 strikeouts). But when a general manager leaves, the replacement usually gets to pick his (or maybe her) own field manager.
SO IT COULD wind up being both departing the South Side.
Now for every person who thinks that Guillen is leaving the White Sox for the Cubs, there are five or six who think he’s going to the Florida Marlins – a ballclub that in the past has expressed some interest in Ozzie.
There’s also the fact that Guillen (who says he wants a long-term guarantee before Opening Day, or else he quits) once worked for the team as a coach, and that he still owns a home in Miami in addition to his Chicago residences.
The kind of people who think that everybody wants to live in Florida because of its weather are convinced Ozzie would jump at the chance to manage a team in his other hometown.
AS THOUGH IT would work out any better than when Lou Piniella several years ago took the manager’s job in his home town of Tampa. The Tampa Bay Rays were dismal under his reign – so much so that he jumped for the chance to get himself involved in the nonsense otherwise known as Chicago Cubbiness.
Ozzie to Miami makes even less sense, and would likely turn out just as badly since Miami likely isn’t going to be a competitive ballclub for some time.
Of course, there’s another element to all this off-season shifting that amuses me. It seems that everybody believes that people want to ditch the St. Louis Cardinals.
Their big star for the past decade has been first baseman Albert Pujols – who supposedly now wants to be paid as though he is the BIG STAR of the game (perhaps he is).
CUBS FANS WHO are delusional to think that their favorite ballclub is some elite franchise that everybody aspires to be a part of are convinced that Pujols will want to come to Chicago. But the part that amuses me is the speculation that the Cardinals’ manager is also leaving, on account that his contract is up after this year.
That has some believing that a large part of the reason why the White Sox would jettison Guillen is because they want Tony LaRussa back. LaRussa won World Series titles with the Cardinals and the Oakland Athletics, and also was the guy at the head of the White Sox when they won their first-ever division title in 1983.
Is LaRussa, who likely will wind up in the Baseball Hall of Fame as a manager, delusional enough to want to come back to Chicago so he can try to win a pennant and World Series here – thereby giving him a perfect streak with all the teams he has run? 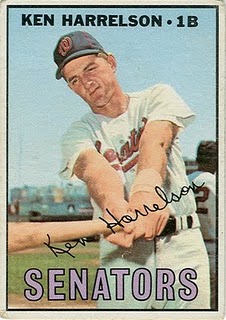 Could it be that Jerry Reinsdorf (who reportedly still likes LaRussa and has his personal regrets that Tony ever got away) would rehire him, thinking he can rewrite that portion of team history in which Ken Harrelson was the general manager – rather than the announcer that some baseball fans just love to hate?
GUILLEN ON THE North Side? LaRussa to the South?
Or is it all just a lot of speculation and fantasy, more absurd than the thought that the White Sox could actually overcome the 5-game lead with one month to go that the Detroit Tigers held over them as of Tuesday?
As the Hawk himself would say, "Mercy!"
-30-
Posted by Gregory Tejeda at 12:01 AM