We just love our “sex” stories

I probably just guaranteed that this commentary will catch the attention of all the Internet “preverts” by having all those words in the lede.
BECAUSE IT SEEMS that any story that manages to mention these concepts gives us our titillation factor. They get read, even if they are downright trivial.
A pair of stories managed to catch my attention on Thursday – one involving the courts and the other our beloved cast of characters otherwise known as the Illinois General Assembly.
I can already hear all the people who will grumble that our society has turned to a sinkhole because of these incidents. Although I can’t help but think the acts are trivial enough to not really be worth mention – other than the fact it lets us put “sex” in the newspaper.
Which leads to it getting on television news and on the Internet.
THE ONE THAT really bothers me is the actions of an attorney in Cook County court who currently is arguing a small-claims case. He doesn’t like the fact that the attorney for the opposition has a paralegal sitting at his side.
For it appears she is a busty woman, and the one attorney thinks his opposition is using her as “eye candy” of sorts to distract the jury from what I’m sure he thinks is the wisdom and logic of his legal argument. 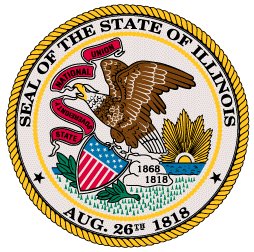 If she were some sort of less-endowed woman, nobody would pay attention to her and they’d be swayed by his argument.
I can’t help but think this is an attorney who is feeling desperate, and is now looking for excuses to justify in his mind if his client loses this particular case.
IT’S NOT EVERY day that an attorney gets quoted (credit the Chicago Sun-Times for getting this thought on the record) as saying, “Personally, I like large breasts.” Because such a statement would usually be irrelevant to a court case.
In this one, it also is an attempt to trivialize it.
Even if the paralegal’s bosom were a relevant factor, I’d argue that if this particular attorney worked harder, he’d keep the court’s attention. It’s not her fault that his argumentative style might be boring.
Here’s hoping that Judge Anita Rivkin-Carothers has enough sense to disregard this non-issue.
THE OTHER “SEX” story is not a non-issue, which is why it is sad that some serious dispute arose in the Illinois Senate. Then again, some people just seem to get worked up at the thought of sex education.
For it seems that Illinois is flexing its progressive muscles again. The state that did away with the death penalty and which will – as of Wednesday – recognize civil unions is moving away from those people who think that sex education programs can focus solely on abstinence.
They think teenage hormones can be ignored.
Sex education programs in public schools would be required to teach use of contraceptive devices, in addition to abstinence, as a way of avoiding sexually-transmitted diseases.
OF COURSE, PARENTS would be able to review the materials used in any course AND would be allowed to exempt their children from taking such courses if their moral qualms are truly so intense.
Which means the Illinois Senate ultimately is placing this issue in the hands of parents. I’d argue the children of parents who feel this way are probably the ones who most need an intense sex-ed course.
But I accept the Legislature does not feel strongly enough to want to fight this issue – as evidenced by the fact that even this attempt at compromise got the bare minimum of 30 votes required to pass something in the state Senate.
State Sen. Dan Duffy, R-Lake Barrington, went so far as to tell his colleagues the old fallacy that such courses puts sexual thoughts into the heads of young people. That way of thinking ignores reality on so many levels.
IT’S ALL BECAUSE some people are determined to think of this as a “sex” story, when they ought to be regarding it as a health issue. Such sexually-transmitted diseases are a serious problem that should not be ignored.
Even if they are unpleasant for some people to think about  (I’ll be the first to admit I’m not comfortable thinking about other people having sex, because I don’t consider it my business), we can’t make it “go away” by ignoring it.
Which makes this an incident where we need to pay more attention. Perhaps just as much as that attorney thinks we’re paying to the cleavage of his opposition attorney’s paralegal.
-30-
Posted by Gregory Tejeda at 12:01 AM

Even biology about reproductive health is another sex story. People just give malice to it.