Only in Springfield does celebrity “scene” cause any kind of controversy 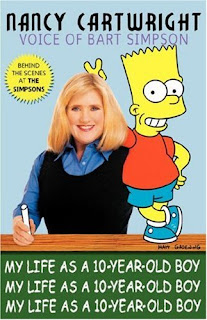 It’s one of the quirks of the state capitol scene in Springfield that so-called “celebrities” occasionally visit, and wind up being fawned over by the political people who like having something other than government geekdom to obsess over.
During the seven-year period that I was a reporter-type person at the Statehouse, I can recall a partridge and a cardinal of sorts (actress Shirley Jones and baseball manager Whitey Herzog) showing up – among others.
SO WHEN I first heard that Nancy Cartwright, the woman who for two decades has been the voice of the animated character of Bart Simpson, was going to visit Springfield on Wednesday, I didn’t think much of it.
Just a little more fluff for our political geeks, coming at a time when the Legislature is approaching the end of session and things start to get more intense as deadlines approach and business MUST get done.
State Rep. Dan Burke, D-Chicago, who arranged for Cartwright to include a day in Springfield, Ill., on her schedule of appearances, admits his motivation was because he thought it would be “fun” to have Bart Simpson’s voice in person.
But this year’s fluff guest is getting people all in a huff. It is causing controversy. There are those who are bothered that Cartwright will testify before an Illinois House committee about a resolution that praises an education program which Cartwright supports.
WHAT OFFENDS SOME people is that Cartwright has become a follower of the teachings of L. Ron Hubbard. Scientology. That philosophy some say is the equivalent of a cult.
Some go so far as to say that the education program that Cartwright will speak on behalf of on Wednesday is little more than Scientology in a watered-down form. An attempt to impose such a philosophy on schoolchildren. 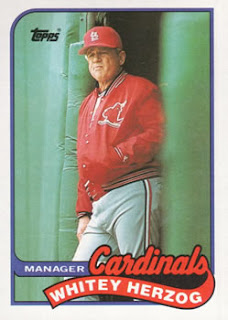 One legislator told the Chicago Sun-Times that exposing kids to such thought is the equivalent of bringing in the Ku Klux Klan.
Perhaps there is some logic to the thought that offensive beliefs can be imposed on people small dose by small dose to the point that they’re not even aware that their minds are being tampered with.
YET I CAN’T help but think that some people are getting overly worried about this. I can’t take too seriously the thought that Cartwright is somehow going to undermine the very underpinnings of our society by making an appearance before that committee (and another at an evening reception for legislators).
If anything, I get more fearful when the legislators are hard at work trying to pass laws. Who knows what kind of harm they (or any government body, for that matter) can impose on us when they persist in making changes for changes sake?
Burke’s resolution that praises the “Good Choices” program sounds to me like such a no-brainer. For what it’s worth, the program is meant to encourage educational methods that teach children to treat other people with respect, in particular their parents. It also encourages them to obey the law.
Gee. That’s a real radical concept!
I CAN’T HELP but wonder what state Rep. Jerry Mitchell, R-Sterling, is thinking when he tells reporter-types at the Illinois capitol that such a program might be worthy of a “small, private school” but should not be allowed to spread any further.
There’s also the argument that can be made that this “philosophy” really isn’t Scientology. Cartwright herself says any tie between Good Choices and Scientology is loose in that it is vaguely based on a book written by Hubbard.
Then again, the concept of respect for parents and the law just strikes me as being so vague that it could be based on so many ideals. I can’t see why anyone seriously is opposed to this.
It is all about letting the idea of Scientology get us all worked up, even though I doubt most people could tell you what exactly Scientology is.
IT STRIKES ME as being about as ridiculous as those people who bad-mouth the acting career of John Travolta because of his own beliefs in the teachings of Hubbard. Personally, I’d say the worst thing Travolta ever did to us in the name of Scientology was subject us to that horrid “Battlefield Earth” film several years ago. Maybe someday we can forgive him for that.
﻿

As for Cartwright, I honestly think the best way that people can handle her – even if they seriously think she’s trying to push some ideology that will undermine our children – is to let her pass through our state’s capital city.
She’ll make her appearance, give our political people an interesting story of the variety of individuals they have encountered during their work, and move on. Our state will be able to get on to more serious business than a mere symbolic resolution being sponsored by 14th Ward Alderman Ed Burke’s brother.
And maybe, just maybe, Cartwright can slip into character for just a few seconds during her testimony to tell those people who want to see her as a controversial character, “Don’t have a cow, man!”
-30-
Posted by Gregory Tejeda at 12:01 AM