NASA is giving away its junk, and all we Chicagoans could land was a crummy simulator?
﻿

That’s the way it felt Tuesday upon learning that the National Aeronautics and Space Administration, which is phasing out the space shuttle program, overlooked the Adler Planetarium’s willingness to display one of the shuttles by building a whole new structure to house it.
INSTEAD, THE REAL-LIFE rocket scientists decided that the three shuttles would be better housed at the Kennedy Space Center in Florida, a branch of the Smithsonian Institute in the Virginia suburbs of Washington, D.C., and at the California Science Center in Los Angeles.
It’s the latter one that bugs me, because I can see putting one of these at the Smithsonian (although why it wouldn’t be at the Air and Space Museum in the District of Columbia proper is something I don’t understand).
And Cape Canaveral, where the rockets of old actually launched from, makes sense as well.
But the Adler Planetarium really couldn’t beat out Los Angeles? Gimme a break. I could see if it was New York that somehow beat us out (New York got the prototype model  from which the real space shuttles were built).
ALL THAT THE Adler Planetarium got was the flight simulator, which the museum’s officials were spinning on Tuesday as an interesting acquisition in its own right. 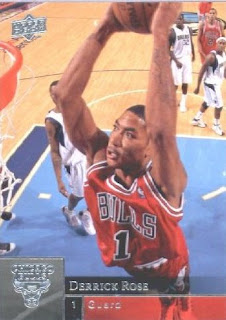 After all, astronauts used the simulator to train themselves before they were allowed to set foot in the real space shuttle. But it still feels like our humble abode got the leftovers off the NASA plate.
I guess this just means we’ll have to hope for an NBA Finals this year between the Chicago Bulls and the Los Angeles Lakers, just so that Derrick Rose & Co. can tell the City of the Angels where they can stuff their shuttle.
And our city’s team will (hopefully) get to take the basketball hardware home come June.
-30-
Posted by Gregory Tejeda at 11:45 PM