I’m sure there are those Catholics who are about to take offense, but it seems that the church’s Chicago Archdiocese just went ahead and put Rev. Michael Pfleger in limbo. 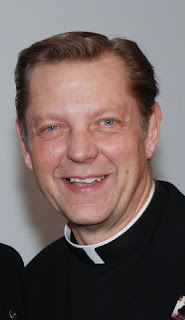 In purely theological terms, limbo is that place where souls that are not completely clean of sin go to wait until the day they can be admitted to Heaven. It’s not Hell, but they’re in between – with an uncertain status.
I CAN’T HELP but think that is what the church is doing to Pfleger by telling him on Wednesday that he’s still the pastor of St. Sabina Church, BUT he is suspended and cannot perform any of his duties in running the Gresham neighborhood church.
The church, in the form of Cardinal Francis George, sent Pfleger a letter telling him of his new, uncertain status,  while also telling him that his status is purely his own fault. To make sure that no one tried spinning the issue differently, they also posted a copy of it on the Archdiocese’s own website.
It seems that the Catholic Church is upset that the speculation about Pfleger’s future with the church has gone public. So they’re looking for a way to punish him, perhaps even hoping that he decides on his own to quit.
“This conflict is not between you and me; it’s between you and the Church that ordained you as a priest, between you and the faith that introduced you to Christ and gives you the right to preach and pastor in his name,” George wrote. “If you now formally leave the Catholic Church and her priesthood, it’s your choice and no one else’s.
“YOU ARE NOT a victim of anyone or anything other than your own statements,” George wrote.
Definitely not the words of someone who is looking for a way to keep Pfleger happily ensconced somewhere within the Archdiocese.
So now, we have to wait to see what Pfleger’s next move will be. Will he try to fight to keep the post that he has held for three decades and doesn’t seem to want to give up (and which the parish doesn’t seem to want him to give up)?
Or will he decide that it’s time to do something else with his life, and that perhaps the Catholic Church has become too restrictive to let him minister to the urban communities that he seems most interested in.
PERSONALLY, THERE WAS one part of George’s letter that most caught my attention – the notion that the church is upset about the talk that Pfleger is being “removed” from St. Sabina instead of being “reassigned.”
The difference, according to George, that being “removed” implies sexual or financial malfeasance by the priest, while being “reassigned” is a part of a typical priest’s working life.
Yet no one should think that Pfleger is a typical priest – in large part because of his willingness to take the church into African-American communities and make it relevant even though he’s a white guy.
﻿﻿﻿

I can’t help but think that the people who are most disgusted with Pfleger are the ones who wish that he would conduct himself in such a manner that his parish would have withered away decades ago because the neighborhood residents would have found it to be irrelevant to their daily lives.
THAT WILLINGNESS TO adapt is something I have always respected about Pfleger – even if I’ll be the first to admit his rhetoric at times can get ridiculously over the top.
Which is why I fear that the people who will most enjoy the “hard line” being taken by George against Pfleger in his letter on Wednesday are going to be individuals whose own motivations are less than noble, if not downright despicable.
-30-
Posted by Gregory Tejeda at 7:45 PM