I wish Woodstock hype would pipe down

My mind is somewhat weary these days from all the hype it has encountered about the significance of what happened 40 years ago. 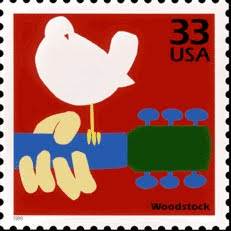 I’m tired of hearing about the “Woodstock” music festival that took place in mid-August in upstate New York – even though I have to appreciate that the bill is remarkable.

JUST THINK OF how many hundreds of dollars modern-day concert promoters would charge if they could get the 21st Century equivalents of Jimi Hendrix, the Jefferson Airplane and Santana to appear in one show.

Admittedly, Woodstock-goers also had to put up with about an hour of Sha Na Na, but that seems like a small price to pay for what would be the musical equivalent of an All Star team.

What gets to me about the whole concept of this being the 40th anniversary is the degree to which this whole thing has become commercialized. It has nothing to do with celebrating the development of popular music, or even commemorating the ideals of a generation that thought they could re-do our culture in a more civilized manner.

It is about taking advantage of the desire that some people have for nostalgia and trying to figure out how to make money off of it.

FOR THE PAST month, the Barnes & Noble bookstore near me has had a special display of Woodstock-themed merchandise it is trying to sell. I’ve seen the same stuff for sale elsewhere.

The one thing that gets to me is the packet of reproductions of front pages and other newspaper pages from the New York Times that were devoted to coverage of the concerts.

For those people who may have lost their newspapers from that era (or for those like me who were just a couple weeks shy of my fourth birthday), it is a chance for an instant souvenir – sold in a special clear plastic wrap meant to ensure that they age as slowly as possible.

THERE ALSO ARE the picture books, the posters, the biographies of musicians who performed at the concert, and even a few tie-dyed t-shirts for those whose authentic merchandise from that era no longer even comes close to fitting over their bloated guts.

Personally, I only shelled out money for one item.

I have always enjoyed the music of Santana – particularly their first few recordings from the early 1970s (although I’ll take their cover of “Oye Como Va” over “Black Magic Woman” anytime).

So of course, we’re getting “The Woodstock Experience” series of compact discs.

I DIDN’T FEEL the need to buy the disc in the series devoted to Sly and the Family Stone or Janis Joplin.

But I did shell out $12.95 for the Santana take, which is two discs – one devoted to their 45-minute set of eight songs that they performed at Woodstock on Aug. 16 (which I happen to be listening to as I write this commentary).

The other is a disc of their first LP, entitled simply, “Santana.” Remember “Evil Ways?”

Of course, I already owned a copy of that disc (both on LP and CD).

SO IT ALMOST feels like the ultimate scam – finding a way to get me to buy something once again that I already owned.

It feels a lot like the constant upgrading of video players and devices for watching films. Those people who build up a significant library of worthy films wind up having to rebuy them all over again to be in compliance with whatever the current format of player is.

It’s almost enough to make me wish I was one of those people who watched or listened to artistic garbage and never felt the desire to invest in owning a copy of something.

And speaking of garbage, how many people think the soon-to-be-released film about Woodstock (“Taking Woodstock”) is just an excuse to shoot footage of topless blonde girls running around in mud?

SO I’M OUT just under 15 bucks (don’t forget tax). I’m sure some people spent more money (some may have spent significantly more, but their foolishness is a topic for a future commentary).

Somewhere, some marketing executive has managed to take what could have been a chance to look back on what significance, if any, we should give to that time when thousands of people converged on a rural community and managed to behave peacefully.

No riots at Woodstock.

Which is why I feel some distaste toward the people who want to diminish the significance of what happened.

IT’S NOT THAT I’m one of those halfwits who can’t stand the thought that the whole world doesn’t revolve about our pop culture icons. I’m only thankful that the 1980s produced nothing (Boy George? Oingo Boingo?) that could even come close to being compared to Woodstock, or else we’d be equally insufferable.

Nor am I someone of an ideological bent who is determined to diminish the cultural significance of the three-day musical fest because of a desire to keep living in the past (the kind of people who probably think that Pat Boone did superior cover versions of early rock ‘n’ roll hit songs).

When I hear the Eric Cartman character on South Park cartoons go into his rants about “hating hippies,” I shudder not because I think “hippies” were all that great – but because I realize some people do find that line funny.

Which means the “peace” and “love” of that generation managed to miss a few individuals – some of whom are probably of a segment of the older generation that thinks it is “PC run amok” that we don’t still think of Martin Luther King Jr. as some sort of “communist.”

EDITOR’S NOTES: Are “Mad Men” and “Woodstock” evidence of a generation taking themselves way too seriously (http://www.ethiopianreview.com/articles/24286), or a sign that a younger generation wishes it could accomplish something that people would remember a few decades from now?

Will we be asked to buy new versions of all this junk some 10 years from now when Woodstock (http://www.dallasnews.com/sharedcontent/dws/ent/stories/DN-woodstock_0816gd.ART.State.Edition1.4c58a78.html) will have reached the half-century mark?
Posted by Gregory Tejeda at 12:01 AM

Interesting blog. Arguably, the biggest legacy of Woodstock is its huge impact on the real children of the sixties: Generation Jones (born 1954-1965, between the Boomers and Generation X). This USA TODAY op-ed speaks to the relevance today of the sixties counterculture impact on GenJones: http://www.usatoday.com/printedition/news/20090127/column27_st.art.htm

Google Generation Jones, and you’ll see it’s gotten a ton of media attention, and many top commentators from many top publications and networks (Washington Post, Time magazine, NBC, Newsweek, ABC, etc.) now specifically use this term. In fact, the Associated Press' annual Trend Report forcast the Rise of Generation Jones as the #1 trend of 2009.

Here's a page with a good overview of recent media interest in GenJones:
http://generationjones.com/2009latest.html