Are we really so clueless?

I recall a moment just over a decade ago when I was a reporter-type person at the Statehouse in Springpatch, covering one o 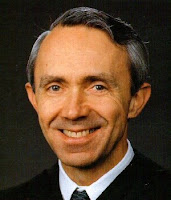 f the General Assembly’s partisan battles over the state budget.

What sticks in my mind is not anything said by the political types. But rather, a woman who showed up at the Statehouse, worked her way over to the space where the press corps worked, then started to berate me for the inadequate coverage given to the budget negotiations.

THIS WOMAN WANTED to know why there had never been any stories explaining what the actual budget figures would be. When I told her there had been, she insisted that the stories must have been buried on some obscure inside page.

When I produced two newspapers that played the story as their lead on their front pages (as I recall, I showed her the Chicago Tribune and the State Journal-Register of Springfield, but there were other papers that gave it the same treatment), she sputtered a bit, then stormed out.

How dare I contradict her view that the information was being buried away and was not easily accessible to anyone who was willing to plunk down a couple of quarters?

Better for her to believe that it is somehow someone else’s fault that she can’t get information about public policy issues, rather than her own for not being willing to look certain things up.

I COULDN’T HELP but remember this woman when I read the accounts of retiring Supreme Court Justice David Souter’s speech this weekend to the American Bar Association (just envision attorneys from all over the country converging on Chicago).

He decried the lack of knowledge many people have about the basics of our government and civic policy organizations. It will likely be remembered (if at all) as the moment when he said many people don’t even understand the concept of the three branches of government.

To which one reader of the Chicago Tribune’s website seems to think means federal, state and local government. That is scary to read such confirmation in the reader comments section so quickly of Souter’s premise.

For it does not surprise me at all to think that there are people who don’t pay much attention to politicians who perform “the people’s business.”

I HAVE ALWAYS been aware during my time writing for wire services and newspapers that there are some people who only pay attention to the sports section, or the comics and horoscopes, or who used to use the classified advertisement sections when they needed to find a new apartment or car, or wanted to know where a garage sale was being held.

I’m even aware of the fact that some people have an ideological bent that causes them to believe they shouldn’t have to be all that interested in public policy and government.

After all, they’d rather believe they can live in isolation and not have to care what some political geek has to say about the issues.

But the fact is that we don’t live in isolation. And what I always thought was so interesting about writing about public policy issues was that I was writing about things that affected people.

THOSE TAX DOLLARS are being taken from your paycheck and distributed to all the various entities of federal, state and local government in your area.

It is the very least one can do as a part of our society to take an interest in how that money is being spent.

Note that I’m not saying you ought to run for office, or support a campaign, or tout any particular cause.

I’m just saying that you ought to have a clue what is happening around you.

YET SOUTER IS correct when he says that many of you don’t.

And that is scary because it creates an environment where the ideologues from both sides of the partisan spectrum can tout their heavily unbalanced attempt as fact to try to get their particular viewpoint peddled as THE sole acceptable viewpoint for government.

As Souter told the association, whom he expects to start touting the need for a greater awareness of public policy among the population, “a populace that has no inkling that the judicial branch has the job of policing the limitations of power within the constitutional scheme and no understanding that we are charged with making good on constitutional guarantees even for the most unpopular people in society (will give in to) cries to impeach judges who stand up for individual rights against the popular will.”

Information ultimately is what enables our society as a whole to be strong. I have always thought that those nations that go out of their way to restrict the flow of information among their people are ultimately shooting themselves in the foot when it comes to their own future advancement.

HOW FAR CAN one go forward if your people don’t know what is happening?

And as for those who seriously think the problem with “the media” is that it wastes so much time reporting “the news,” I can’t help but wonder what seriously goes through their minds.

Ultimately, the news and public policy and an understanding of government really is about having information and a comprehension about ourselves as a society.

What does it say about you if you’re an individual who thinks we as a people are uninteresting?