Has Democratic Senate primary in Illinois devolved to no-name candidates?

Am I losing my memory, or was there once a time when we political observers who are Illinois-oriented were talking about how our state’s campaign for the Democratic nomination for U.S. Senate in 2010 could wind up being a fight between a Kennedy, a Jackson, and maybe even a Madigan?

IT SEEMS NOW like we’re going to get a scrap between a Giannoulias, a Hoffman and a Jackson. And by the latter, I mean Cheryle, not Jesse Jr.

Democrats are still going to have to go through a fight for the party’s nomination for the right to live in the publicly-owned “mansion” at 5th and Jackson in Springfield.

There’s no such fight for the seat held by the junior senator from Illinois.

NO WONDER SOME Democratic operatives are wondering if the field of Mark Kirk and a few no-name Republicans may actually produce a more competitive campaign for the U.S. Senate seat. 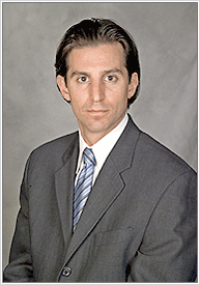 n for U.S. Senate doesn’t do a thing to intrigue my intelligence level.

For one thing, he’s probably as big a no-name as any of the Republican hopefuls – even though he has a nice job title.

Inspector General for Chicago city government. In theory, that means he’s in charge of ferreting out corruption within city government, and there are those people who think that Hoffman was an annoyance to Mayor Richard M. Daley because of the way that his office pointed out that the leasing out of city parking meters to a private company became a public mess.

BOTTOM LINE AS far as most people are concerned – Hoffman has an incredible grasp of the obvious. Some might want to argue that corruption doesn’t appear to be on the decline due to Hoffman, so how much could he have succeeded?

Anyway, Hoffman is now unemployed. He quit his post on Wednesday so he could devote his full time to a campaign for Senate.

Not that he can be blamed. The field of Senate candidates for the Democratic nomination is so weak that some reportedly are considering asking Cook County Sheriff Tom Dart (the man whom Time magazine adores so much) to give up his post to run for the Senate.

So why should Hoffman feel intimidated by Giannoulias or Jackson? He probably has as good a chance as either of them to actually get the nomination.

SO WHAT IS wrong with the Democratic field of candidates (assuming that Dart does not give up his chance to be Cook County’s top lawman – as well as the unofficial Chief of Police of suburban Ford Heights)? 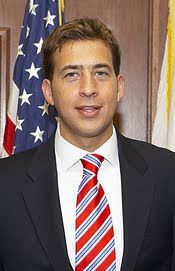 ething about a 33-year-old who couldn’t even finish his first term in an elective office before he decides he wants to run for one of the Big Four posts of Illinois politics (the two Senate seats, Chicago mayor and Illinois governor).

It’s not even the so-called misjudgments that he has made in his professional life that Republican candidates will go out of their way to highlight next year if he gets the Democratic nomination.

While I know it is possible to use rhetoric that makes it seem like Giannoulias is lucky to not be serving time in prison for his acts, they amount to too little in my mind to take all that seriously. But I’m also not going to get all enthused about him just because he has played pickup basketball with Barack Obama.

EVEN DAN HYNES waited until his second term as state Comptroller before he tried running for U.S. Senate (back in ’04), and seems to realize he is better qualified to seek governor now by having three full terms as the head of a state constitutional office among his experiences.

Then, there’s Jackson, whom I almost feel guilty thinking of as a lightweight. But the one-time Amtrak official who also was Rod Blagojevich’s public face (his press secretary) b 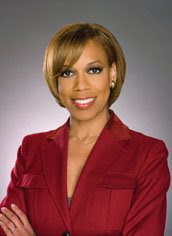 efore becoming head of the Chicago Urban League isn’t exactly a household name. And the fact that “Blagojevich” is in that last sentence is going to be enough to scare some people off – even though it shouldn’t.

To me, the question about the seriousness of Jackson’s candidacy will come down to race. If people start to sense that the Democratic Party ticket has a potential to become virtually all-white and if Cook County Board President Todd Stroger really does get dumped by a white challenger, would there be those people who would vote for an African-American woman for the Senate seat – just to avoid the inevitable (and hypocritical) Republican rhetoric that the Democrats aren’t representing their black supporters?

YOU MAY WANT to say you won’t take race into account and that you will always vote for the “best qualified person” (however you define that), but can anyone really say Jackson has any less a resume than either of her two challengers at this point?

And maybe “Roland, Roland, Roland” isn’t being totally absurd when he has his delusions of taking back his retirement announcement and seeking a full term for Senate after all.