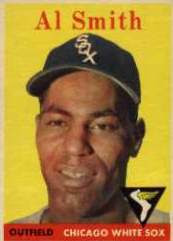 fly onto the field – getting a ballplayer wet in the process.

For one of the “iconic” photographs related to Chicago baseball is of just such a moment. Or have we already forgotten Al Smith?

HE WAS THE Chicago White Sox left fielder who took a half-filled cup of beer in the face when he happened to look up in the outfield stands at Comiskey Park during the 1959 World Series when Charley Neal of the Los Angeles Dodgers hit a home run.

That beer cup had been set on the top of the outfield wall by a fan in the front row, who in his excitement at a home run ball coming near him managed to knock it over – giving us the shot of Smith at the moment the beer splashed in his face.

Now from the video shot at Wrigley Field earlier this week, it was clear that this was not a case of a fan knocking over his beer cup. (If it had been, that mesh basket that sits atop the Wrigley Field outfield wall would have caught it – that’s why it’s there).

This fan (whom I’m not going to bother to name, those of you who care can find out all about him elsewhere on the Internet) clearly thre 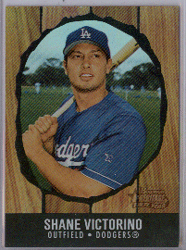 w his cup at Philadelphia Phillies outfielder Shane Victorino (only a Cubs fan would get all worked up over a fly ball hit to the warning track), although his friends now tell the Chicago Tribune he got caught up in the excitement of the moment and lost control of himself when he threw that cup.

OF COURSE, AS I recall from news accounts, the fan at Comiskey Park back on Oct. 2, 1959 was some sort of business executive, who later got Smith to autograph a copy of the picture that the Associated Press managed to get of the moment.

Smith himself estimated that he autographed about 200,000 such copies of that shot during his lifetime.

Somehow, I can’t envision the same end result coming about from this.

For one thing, the “image” that sticks in peoples’ minds is not a still photograph. It is video, and it emphasizes that Chicago Cubs security got caught up in the excitement of the moment and managed to kick the wrong fan out of the ballpark for tossing the beer.

I USED TO think one of the silliest fan ejection moments I ever saw was one time at U.S. Cellular Field when a woman in skimpy shorts and a halter top leaned onto the field to grab a baseball that was still in play. We got to see video of her and her boyfriend (a sailor who was in his Navy uniform at the time) being tossed out.

But watching video of some lowly Cubs fan get tossed out just because he happened to be sitting near a nitwit probably tops the image of a sailor being ejected from the park.

Anyway, what is Victorino supposed to do, autograph video snippets? Or is he supposed to sign stills from that video of images that are so fuzzy that they’re really not recognizable?

In fact, about the only reason I’m not going to be totally disgusted with the Cubs “fan” in question is because he had the decency to surrender himself to police in a timely fashion.

WE WERE SPARED the sight of a police “manhunt” for the lowly fiend who would dare assault a ballplayer with a beer cup.

Which means we can hope that Chicago police can focus minimal attention to this case, and the fan in question about a month or so from now can show up in court and enter a guilty plea to some misdemeanor.

He can pay his fine, be banned from Wrigley Field for a year or so, and the rest of us Chicagoans can get on with our lives.

While I appreciate the idea that people throwing things onto an athletic playing field are creating a potentially risky situation for the ballplayers, I have a hard time seeing this incident as a “crime of the century.”

AS I WROTE earlier, the 1959 World Series is largely remembered because of that one moment (and the fact that the three games played at the Memorial Coliseum in Los Angeles each drew in excess of 90,000 fans per game – which is still an attendance record).

Should we really be getting all that worked up over this incident? It’s not like this particular “fan” pulled out some batteries to throw on the field – which is not a claim that every baseball team can make.

Only in Al Smith’s dreams (http://www.historicbaseball.com/players/s/smith_al.html) did anyone remember that he once hit a home run in a World Series game (1954, for the Cleveland Indians against the New York Giants).
Posted by Gregory Tejeda at 12:01 AM