The part of me that, many years ago, was a full-time cop and crime reporter appreciates the fact that police officers are going to have instances where they use force on people. 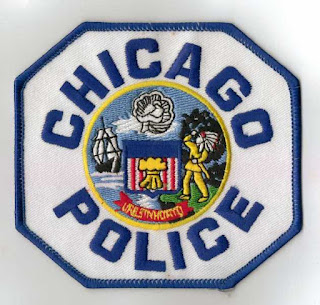 To the point where we issue them firearms. Why else would we do so if we didn’t expect there to be occasions when they’d have to kill someone else “in the line of duty.”


WHICH IS WHY I’m skeptical of a new proposal that would require police officers to report for the record every single instance where they reach for that sidearm and use the threat of shooting someone as a way of intimidating them into submission.


A consent decree offered up by the Illinois attorney general’s office (and enforceable by the federal courts) to help govern the operating policies of the Chicago Police Department includes that very provision, and it is one that the police themselves don’t think much of.


Soon-to-be former Illinois attorney general Lisa Madigan may be adding to her legacy of 16 years in that post, but many of the political people don’t think much of the policy, with possible mayoral candidate Paul Vallas (the one-time Chicago Public Schools CEO) jumping on the bandwagon and saying he thinks it’s a bad idea.


Personally, I don’t comprehend how a reporting requirement would work. Or if there’s any way it could work. It just seems too far out of the realm of what is practical.


CURRENT POLICIES REQUIRE that police officers be capable of accounting for every bullet they fire with their sidearm. If they pull the trigger and try to shoot someone, they have to be capable of justifying why they felt compelled to do so.


Police officers don’t (or aren’t supposed to) go around shooting people just for the sake of trying to intimidate them into submission.


My own memories of talking with street cops back in the day (which in my case was the late 1980s, back when the city’s murder rate for a few consecutive years averaged 900-something per year) was that if an officer reaches for that pistol, it’s because he seriously thinks someone’s life (possibly his or her own) is in danger.

In short, it is a “shoot to kill” type of situation. Otherwise, reaching for the pistol and waving it about to try to scare someone (or firing off “warning” shots) is out of line, and just as reckless and inappropriate as killing someone who didn’t pose a threat.


WHAT I DON’T get is just how a reporting requirement of drawing a weapon could possibly work. After all, the decision to reach for the pistol is usually a reactive one – it happens in a matter of seconds.


Political people, including Vallas and Mayor Rahm Emanuel, say they fear causing an officer to have to spend that extra second thinking could be the difference between an officer able to do his job and one who gets the official police rituals performed at his (or her) funeral.


I also wonder if we fully trust officers enough to think that at the end of every shift they work, they’re going to do even more paperwork to acknowledge every incident where they felt compelled to reach down to grab their pistol.


Will we start getting people filing claims that a cop pointed a pistol at their heads? Will we start hearing stories of some cop playing “cowboy” and waving his firearm over his head?


AT A TIME when we have a significant share of our society not really trusting of law enforcement (that’s actually putting it mildly), while others throw their support to police officers usually to reinforce any racial, ethnic or whatever other hang-ups they may have, this could cause more confusion.

Although I do have to admit I approve of the notion of some sort of restriction on firearm use – even though I’m sure some would argue there already are sufficient limits on our police officers.


There may be people who think there’s nothing wrong with a cop using his/her pistol to intimidate a “punk” by pointing it upside his temple to scare him into submission. The problem is that life always presents situations (such as misfired shots) where something can go drastically wrong.


Disarming the police altogether might be a solution, but it isn’t one that is the least bit practical in our society of today.