‘Chicago’ gets moment in Hall of Fame

It’s at a time like this that I wish the Chicago Transit Authority hadn’t been so uptight about its public image nearly a half-century ago.


Because just think of how unique it would seem if the announcement had been made Thursday that the CTA was inducted into the Hall of Fame.


THE ROCK ‘N’ Roll Hall of Fame, to be exact, which decided that the 1970s soft rock band Chicago was one of five musical acts worthy of some lasting recognition for their contributions to our pop culture.


Of course, Chicago is the band that has given us countless albums distinguished from each other merely by the numbers used to identify them. Although I’m sure there are some hardcore fans who can tell me off the tops of their heads what the difference is between “Chicago 8” and “Chicago 17.”
Now I’m not knocking the band, although I must confess to not having been a big fan of theirs when they were in their 1970s heyday, and think of the fact that they continue to perform and tour as being something along the lines of the fact that The Turtles (a late ‘60s’ band that gave us “Happy Together,” for those of you so clueless) still performs nostalgia concerts.


Not exactly something I want to pay good money for in order to get pricey tickets.


Kind of intriguing, particularly since the band originally created itself as the Chicago Transit Authority – taking on the name of our very own elevated train and bus system.


WHICH, AFTER LEARNING that a real-live rock group released an album called “Chicago Transit Authority,” actually filed lawsuits to force a name change. Which is when they simply became “Chicago.”


Too bad, because let’s be honest. If there’s anyone whose image would have been ruined by the association, it would be that of the band. Who’d want to hear music performed by a group that named itself for the entity that often can’t get people to their destination on time and whose cars and buses have been known to reek of graffiti and body odor?


So we don’t have the CTA making it into a Hall of Fame. Nor will we have officials in Brooklyn (which likes to think it has the ultimate mass transit) having to honor Chicago transit during ceremonies to be held in the spring of '16.


Instead, we’ll be hearing our home city’s name being praised – regardless of what you think of all those horns being incorporated into a musical form that some people think should never advance beyond three guitar chords and a simple bass line. 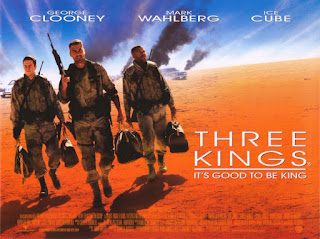 THAT IS WHY one of my favorite moments from the 1999 film “Three Kings” was the quarrel between soldiers played by Spike Jonze and Ice Cube over what was good music – with Jonze’s character favoring heavy metal and Cube preferring something softer and we hear the intro to “If You Could Leave Me Now.”


Besides, you have to admit that a band (even with its most significant members long gone) that can last for decades and still draw some crowds (no matter how old or nostalgic) has to be worthy of some attention.


Particularly if they bring to mind the finest city on Planet Earth every time somebody mentions their name!