‘It’s beginning to look a lot like Christmas,’ several weeks ago!!!

Excuse me for not getting all worked up that we’re finally in the Christmas holiday season.


For the Grinch in me has been in force for the past few weeks, snapping in disgust at holiday displays from people who just seemed absolutely determined to begin celebrating Santa in the days before Halloween. I literally found myself being offended by a Salvation Army kettle worker I encountered a couple of weeks ago.


THEN AGAIN, MAYBE that Santa I saw was just a trick-or-treater? Who’s to say!


Now I’m not against Christmas as much as I’m against those people who think it’s their duty in life to ram it down everyone’s throats. Which is part of my ideological problem with the so-called “War on Christmas,” which really is someone’s attempt to use Christmas to commit war on everyone around them.


Yet let’s be honest. That “true meaning” is little in evidence these days, nor has it been a part of what we’ve been seeing in recent weeks – as government buildings galore go out of their way to erect whatever holiday displays they can get away with without provoking the American Civil Liberties into supporting someone’s lawsuit.


NONE OF THIS is about the birth of Christ as much as it’s about having Rudolph and his reindeer motivate us into being guilted into buying many more presents for the people we know in a fake way to show our affection.


Just throw money at a potential problem, and it goes away.


As it turns out, just this week I happened to be at the City Hall in Gary, Ind., to find the building’s lobby had been covered in wreaths and tinsel and pseudo-Christmas presents – along with an official holiday tree.
It might be dinky compared to the giant holiday tree erected in Millenium Park and officially lit on Tuesday (even Chicago couldn’t wait for Thanksgiving to pass before lighting the tree).


BUT WE’VE HAD our eyes assuaged with holiday displays, and some of the radio stations began their aural assault upon us with all the tacky pop Christmas songs they can give us.


I’m taking on a challenge this holiday season – I’m going to avoid those barking dogs at all cost. I’m determined not to hear them give us their take on “Jingle Bells,” just as I also don’t want to hear about that dead grandma who got run over by Santa’s reindeer.


It won’t be easy. I probably have to avoid the radio altogether, while also hoping I don’t hear snippets in someone’s commercial for a holiday-oriented sale!


Besides, anybody who knows me knows that the only real holiday pop song worth listening to is famed salsa singer Celia Cruz’s take on Jingle Bells en Español – that and Eartha Kitt’s sultry version of “Santa Baby.”


PERHAPS THE HOLIDAY season would be all the more special if we hadn’t been in such a rush to bring it on. Let it come in its own time-frame, instead of trying to convince us that Halloween candy displays aren’t out of place with all the Christmas images.


Personally, this holiday season is going to be significant because of the fact it will be the first I celebrate without my brother who passed away just before Halloween (and I swear the Christmas decorations already were erected in some stores already back then). 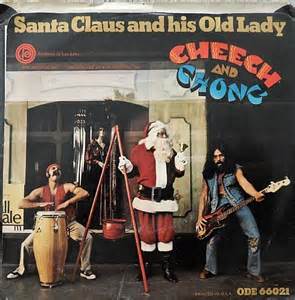 In tribute to him, I’ll give you what he considered to be the ultimate Christmas-oriented holiday tune – totally in character for anyone who knew his sarcastic side.


Merry Christmas, Chris, wherever you are!

EDITOR'S NOTE: It will be interesting to see how many Laquan McDonald-motivated protesters show up Friday to try to disrupt holiday shopping downtown. Personally, I think such a tactic merely reinforces those people who are inclined to think of the police sympathetically, and will fail because the shopping centers where such people congregate are not likely to be the ones where protesters show up.
Posted by Gregory Tejeda at 12:01 AM