I find it intriguing that the Chicago Bears finally felt compelled to retire jersey number 89 – which was worn by Mike Ditka back in the days some five decades ago when he was a tight end for the Monsters of the Midway. 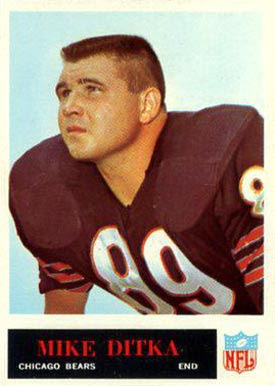 It has been a looong time since he actually wore the jersey, and it has been more than 20 years since his days as a Super Bowl-winning coach – which is the reason most Bears fans remember him anyway.


DITKA, OF COURSE, left the team’s actual employ having suffered the fate of just about every professional athletic coach or manager – He was fired!!!


Meaning there was a time in which no one would have wanted to think about honoring him. But the passage of time has allowed for his athletic accomplishments (coaching the only Super Bowl-winning Bears team, and playing for the last NFL champion Bears ball club before that) to stand above the personality conflicts.


Many of us probably don’t remember what provoked Ditka’s dismissal, and really don’t care anymore.


He’ll get his honor, meaning that he’s one of the most interesting personas in the history of the Chicago Bears – for what that’s worth.


WHICH MAKES ME think to the Chicago White Sox, who this very weekend are playing the Miami Marlins. I think it’s a shame that we don’t have their former manager, Ozzie Guillen, at work at U.S. Cellular Field this weekend.


Because the very act of Ditka’s tribute could have stirred up talk of how long it will be until the White Sox put jersey number 13 on their retired list – and put Ozzie’s grinning visage on their outfield wall? 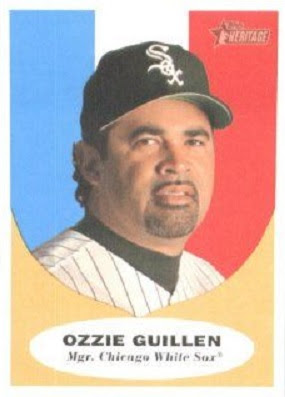 Ozzie, of course, came out on the short end of a personality dispute with then-General Manager Kenny Williams, causing his own dismissal even though he is a former All Star shortstop for the White Sox AND manager of the only White Sox team to win a World Series in the past eight decades.


One can easily argue his persona is as significant to the White Sox organization as Ditka is to the Bears.


HECK, ONE COULD argue that Ozzie personifies the White Sox – that aggressive attitude that can easily spill over to obnoxiousness to the point where many people wish they could just ignore him.


But they can’t. Which really does describe the White Sox franchise that so many Chicago Cubs fans like to pretend doesn't exist at all in so many ways.


But even though Williams is also gone from his position, we probably still need the passage of more time before the moods have settled to the point where the idea of honoring Ozzie seems befitting.


If it takes as long as the Bears took to honor Ditka, we may well be talking about the year 2033.


An aging Ozzie (he’ll be 69 that year) getting his youthful mug on the outfield wall at the same time the White Sox are likely hosting the All Star Game – which will be celebrating its 100th anniversary of the first all-star game ever, held at Comiskey Park.


Let’s just hope that spouse Ibis is on hand to give him a silencing nudge when his “speech” that day becomes so long-winded that they can’t get in the All Star game itself any other way.
And if White Sox Chairman Jerry Reinsdorf is to be believed, even he'll be on hand to see the great moment.