How much griping and grousing will it take before the powers-that-be who want to build special detention facilities to hold people facing immigration-related violations realize that the idea stinks?


BECAUSE IN READING a Chicago Tribune report about the objections to a proposal to build such a facility near Joliet, I couldn’t help but notice there was nothing new in the debate.


The exact same arguments were made last year when officials were focusing their attention on building a facility near suburban Crete.


No matter where one wants to put this facility, the people are going to object. There’s no way to make this look pretty.


At stake is a series of facilities that Corrections Corp. of America want to build across the country. They envision five facilities – one each in various parts of the United States.


THE FACILITY BEING proposed for near Joliet would be the Chicago-area facility in their plan, and likely would be used to detain people suspected of immigration law violations in the Midwestern U.S.


Last year, the attention focused on a site near Crete – which is a Will County town that is about as far south as one can go and still claim to be in the Chicago-area. The actual site of farmland that would have been turned into the facility is pretty much the edge between urban and rural development in Illinois. 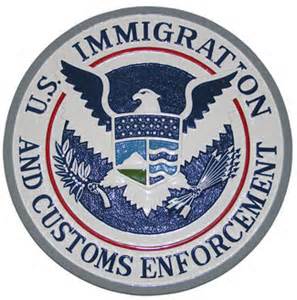 But the locals hated the idea of having any facility that even remotely resembled a jail near their community. When combined with the immigration rights activists who despise the idea of these privately-owned facilities being used to detain people, it was enough to get local officials to back away from the project.


Now, the supporters still want their Chicago-area facility for alleged immigration violators caught in the Midwest. So they’ve merely moved to the other end of Will County.


INSTEAD OF FAR south, it will be far southwest. Although that would put it near some brand-new residential development that is the very reason why Will County is the fastest-growing county in Illinois.


Which means even more people will be disgusted at the thought of a jail-like facility near their brand-new homes!


Personally, I hate the idea of outsourcing this, so to speak, to private entities. If Immigration and Customs Enforcement officials really want to detain these facilities, they ought to operate the facilities themselves.


Contracting out to private companies is more about try to undermine any unions that would be involved in representing employees at a federal facility. 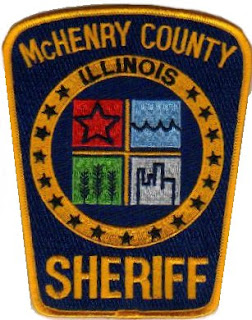 ALTHOUGH I WILL agree the current situation is unacceptable. Federal officials have been turning over the people awaiting deportation hearings to the McHenry County Sheriff’s department – which has been putting them in its county jail.
All mixed in with that far northwestern suburb's criminal element. That's abhorrent -- no matter how far to the "right" one is!

As some will say, we’re talking about some people being put in jail indefinitely (the feds have a backlog when it comes to deportation hearings) because they might have been caught running a red light and couldn’t immediately satisfy a local cop about what their immigration status was.


The immigration violations themselves aren’t “criminal” offenses (no matter how much the conservative ideologues want to believe they are!). Jail is a miserable fate for them.


THE REAL SOLUTION to the problem is to get the feds to start moving along at a quicker pace when it comes to addressing immigration cases. Maybe the money that would be paid to Corrections Corp. ought to be put into hiring more hearing officers to reduce the backlog.


Although there also are the occasional incidents where someone gets picked up by immigration, then finds themselves back in a foreign country within days. Our system can move along properly, when it feels properly motivated.


But more often than not, it doesn’t.


Which is why some people think it a smart thing to pay millions to a Nashville, Tenn.-based company to operate jail-like facilities for “foreigners.”


I THINK THOSE ideologues just like the concept so much they’re willing to waste federal dollars on construction, piled on to the millions that has been wasted in recent years to build up a wall along the U.S./Mexico border.


And there’s no place within metro Chicago that’s going to want to be associated with this stinker of an idea!