Wood’s retirement timing all too perfect – both athletically and politically

If I didn’t know any better, I’d suspect the timing of Chicago Cubs pitcher Kerry Wood’s retirement announcement was a political plot. 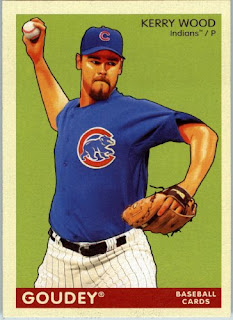 Because as the Chicago White Sox continue their road trip to the North Side for a weekend three-game series against the Cubs (and taking the Friday game by a 3-2 score), the games on the field aren’t going to be that interesting.

THE WHITE SOX are struggling for a .500 winning percentage, while the Cubs are trying to avoid being historically awful this season. Nothing really to see here this year.

There was always the chance that this weekend’s series would get overshadowed by electoral politics – specifically the fact that the wealthy father of the family that owns the Cubs (and is begging city government to kick in for an extensive structural remodeling of Wrigley Field) was willing to spend his money on insipid campaign strategies meant to remind us that Barack Obama is (horrors!) a black man.

Because that is the only thing that gets accomplished by reminding us of the fact (which everybody who cares already knows) that Obama once was a member of the congregation of Rev. Jeremiah Wright – who in many ways is a typical preacher in the African-American rhetorical tradition.

There are some people who are talking about boycotting the Cubs because of this. Although I suspect many people won’t care, and some of the types of Chicagoans who typically root for the Cubs may well approve of such a political tactic; maybe even because Obama himself publicly roots for the White Sox.

YES, I HAVE known people who call themselves Cubs fans who say one of the reasons they prefer the North Side team is because of their perception (not altogether accurate, but not completely false either) that the Wrigley Field scene is one for white people – compared to Chicago’s “other” ballclub.

But aside from that, there would have been the talk overshadowing the three-game series that would have had many people caring little about the ballgames themselves. 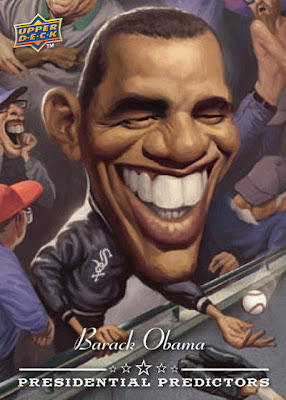 Personally, I’d rather not have to think about that kind of rancid rhetoric. Being able to get away from trash talk is one of the reasons I enjoy going to ballgames.

Being able to focus for a couple of hours on why the shortstop is so inept that he can’t catch a “routine” ground ball helps me to keep my sanity after being exposed to the political world as much as I often am.

ALTHOUGH THIS IS going to become a political issue, since Obama’s former Chief of Staff (a.k.a., Mayor Rahm Emanuel) is now supposedly so peeved that the Ricketts family would get themselves involved in Obama opposition (even though Ricketts daughter, Laura – who is one of the ballclub owners – has contributed her money to Obama in the past).

He supposedly is unwilling to even talk to the family, regardless of the fact that Cubs CEO Tom Ricketts had the Cubs issue a statement in his name saying neither he, nor the ballclub, were a part of any such political strategy, and certainly didn’t approve of it.

Emanuel is the kind of political person who can hold a grudge, particularly since he doesn’t have the intense “feel” for baseball as a spectator sport that many political people claim to have.

And while there might someday be forgiveness to the point that a deal gets done to have the city involved in funding the Wrigley renovation, it would seem it’s not going to happen anytime soon.

WHICH IS A shame because of speculation that state government would somehow have to be involved, and the General Assembly is rapidly coming up on the May 31 date that it is scheduled to adjourn for the summer.

This could wind up being more “dumb luck” for a ballclub that historically is loaded with such gaffes.

Joe Ricketts, the patriarch of the clan, may well have accomplished more than he intended – even though he isn’t directly involved with the ballclub’s management.

Which is why I’m sure there are those who will be eager to shift the attention back to Wood – who let it be known Friday morning that this weekend series against the White Sox will be the end of his career.

HIS “FINAL” STINT on a pitcher’s mound would come at Wrigley Field, and it would be against the White Sox. Which is about as dramatic a finale as he could craft during this season!
﻿
﻿

I’m sure some people are going to claim this moment will be Chicago sports history in the making – although it really will be nothing more than a struggling pitcher who no longer has his “best stuff” facing a mediocre ballclub for a hitter or two.
﻿﻿﻿﻿

It certainly wouldn’t be anything like that date in 1998 when Wood was a rookie pitcher from Irving, Texas (Dallas Cowboys country) who took the mound against the Houston Astros – and only seven hitters that game did not get punched out by strikeout.