Just one week remains before people can start trying to buy tickets to what could be the most bizarre sports event staged in Chicago this summer – an exhibition match of soccer between professional teams from Italy and Poland. 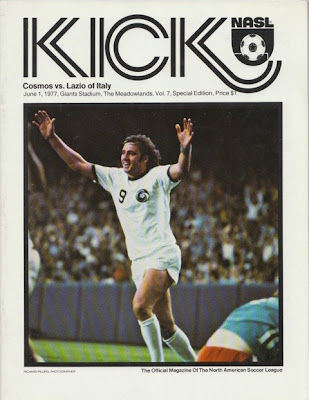 That event is going to take place come July 22 at Wrigley Field, and is being billed by some as a quasi-historic event. Real football (not that nonsense game played by the Chicago Bears) being played at Wrigley Field.

THE LAST TIME an elite Italian professional footballer took to the Wrigley Field turf was probably the late Giorgio Chinaglia of the old New York Cosmos.

Excuse me for not being all that impressed. Even though I enjoy soccer, and particularly find the matches of international leagues to be rather entertaining. I once made the mistake of attending a Chicago Fire match in the midst of the last World Cup tourney – and the obvious disparity in the level of play was just too much for me to take Major League Soccer that seriously.

But I can’t say that I’m going to get all that excited about either AS Roma or Zaglebie Lubin. Or the idea of any two international squads playing a “friendly” match – which has led to the event being billed as a “Friendly at the Confines.”

To me, the event is going to come across as a phony sporting event, similar to how I view professional wrestling. It will be a stunt with little meaning.

I’M SURE THE players themselves will enjoy a chance to see Chicago, or any other place in the United States. But we have a lot of international tourists who come to Chicago each year. What is a couple dozen more?


Also, the idea of international squads playing abroad is not unique. Every year, we have the top teams from around the Americas and Europe playing matches in the United States to try to bolster enthusiasm for the sport.

We even get those matches in Soldier Field from time to time. Even the goofy configuration of those seating sections inside the historic outer walls of the stadium can’t detract from the sport.

But I’m wondering if the configuration of seats at Wrigley Field will take from the game being played out on its field.

THE SIMPLE FACT is that baseball parks have unique configurations and are really incompatible with just about any other event.

There is a reason why Wrigley Field was never the full-time home of the old Chicago Sting. They played some matches there on dates when other stadiums (such as pre-renovation Soldier Field and Comiskey Park) were unavailable.

The playing field that is tiny for baseball is really too small to fit a regulation pitch into it. We’re bound to see a soccer match similar to that Big Ten football game played back in 2010 – where Northwestern and Illinois gridders were only allowed to use half the field and the other half was just for show. It seems some people think every sport ought to feel fortunate to take the field at Clark and Addison. Will we someday get pro wrestling staged there?

I can’t envision any way serious soccer could be played under a similar handicap. Which means that whatever match is played by the two teams is going to turn out to be a freakishly bad game.

THEN AGAIN, I’M sure the Chicago Cubs are probably figuring that they’re just interested in showing off their building. So they’ll probably get some fans who want too “ooh” and “aah” at the ivy on the brick walls, while a batch of knobby-kneed guys run around a “pitch” that has nothing to do with Carlos Marmol. 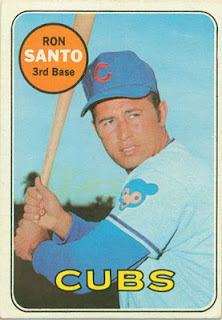 Then again, I’m sure it also will detract from the fact that the match will fall on the same weekend that Ron Santo’s memory gets inducted into the Baseball Hall of Fame in Cooperstown, N.Y.

It’s not like baseball will be played at Wrigley Field that day (the Cubs will be in St. Louis playing the Cardinals), and it seems that the match will be tied into Wrigley ceremonies paying tribute to Santo.

Who’d have thought the one-time frozen pizza guy would have soccer played on the ground above which he used to click his heels on the day he finally gets that Hall of Fame induction he spent his whole life waiting for?

EDITOR’S NOTE: Maybe part of my gripe is that when the idea of playing serious soccer at Wrigley Field was first studied, the thought was that it would involve bringing high-ranking Latin American squads to the North Side of Chicago – something I would have found more intriguing, even if equally cheap in terms of the quality of play on the pitch.
Posted by Gregory Tejeda at 12:01 AM