Cops celebrated for doing their job

I couldn’t help but laugh a bit when I learned that the Chicago White Sox has a perk for Chicago Police Department officers – two free tickets for each cop to a Sox game later this season! 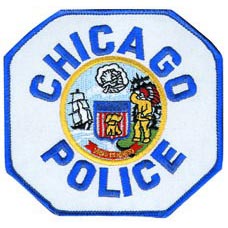 It’s because I have an uncle, Mike, who for more than two decades (until he retired in the early 1990s) was a police officer in the city.

AND I CAN recall him on a few occasions saying what he thought of people who went to ballgames. His experiences having to provide security for such events had him turned off to the experience.

He thought people who went to ballgames were wasting their time, and putting themselves in an undesirable situation with having to cope with crowds filled with knuckleheads.

Somehow, I suspect if somebody tried offering him a pair of Sox tickets as a reward, he’d think it was a pretty cheap gesture. I doubt he’d use the tickets.

And somehow, while I realize that some police officers are bound to be sports fans, I also doubt my uncle is alone in feeling the way he does.

IT HAS ME wondering how many Chicago cops are going to view the prospect of a pair of tickets as merely something they can try to exchange for a more worthwhile favor from someone else. I'm not implying that cops will scalp the tickets -- that would be illegal!

Because some people would view the chance at free tickets (or anything free) to be a big deal.
﻿

But it seems that the White Sox are in fitting with the mood that we all now want to feel – our police department did not act like complete goons during the recently-completed weekend. So now, we have to praise them.

Personally, I think they’re never supposed to act like goons. They’re always supposed to be respectful of the rights of the citizenry, and restrained in their use of physical force.

SO WE’RE TALKING about praising police for doing their jobs. Then again, I also realize that it only would have taken one police officer to lose control of himself for a single moment at some point during the weekend for Chicago to have an “international” incident on its hands.

We’d have the punditry convinced that 1968 was somehow an essential aspect of the character of Chicago – and not just a freak moment reflecting the times that probably would have happened no matter where the convention was held.

But back to 2012 – where we seem to want to engage in a love-fest for the police department because they didn’t screw up.

I stumbled across one report that literally portrayed Police Superintendent Garry McCarthy as a general leading his troops from the front-lines – all because on Sunday when an outburst broke out at Michigan and Cermak avenues, McCarthy was at the scene personally giving orders to the officers who had to push back the few protesters who persisted in trying to get through to the McCormick Place convention center itself.

FOR AN EVENT of the scale of the NATO Summit, I would hope that McCarthy would be on the job and working hard – just like all the other police officers who had their scheduled time-off cancelled and were told they don’t have the option of taking “comp time” to reimburse themselves for their extra work.

I don’t mean to write this commentary as some sort of attack on the police. For I’ll be the first to admit that every cop I encountered this weekend behaved the way they should.

Personally, I’ll always remember the best impression of a Buckingham Palace guard that each Chicago cop I saw managed to do when one protester on Sunday marched in the parade with a fishing rod that had a donut on the hook as bait – and he proceeded to dangle the donut in the face of every cop he came into contact with.

None bit, literally or figuratively. Ignoring the stupid gag was the professional thing to do. Even though the people who like to think they’re about “law and order” probably think the officer s would have been justified in responding in some way.

BUT THAT KIND of act was unnecessary. With the fact that there was such an overbearing police presence in the city during the summit, it helped quell any potential for people who might be feeling a bit randy and thinking they could get away with some act of stupidity that they normally wouldn’t think of doing.

So if both the White Sox and Chicago Cubs felt compelled to have special ceremonies on Wednesday praising the police (the Sox prior to their game against the Minnesota Twins and the Cubs at the district police station located just a couple of blocks east of Wrigley Field), I’d only hope the schmaltz factor doesn’t go overboard.

Because what we have is police doing their job (a very tough job, I’ll concede). Going overboard would trivialize that duty.