NATO summit being turned into massive inconvenience for Chicagoans 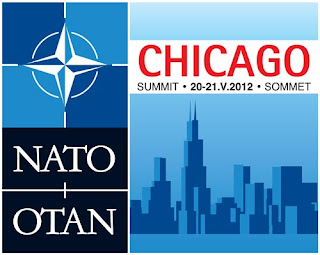 I can already anticipate the screwy news story that will occur some time this coming weekend – some airplane pilot is going to inadvertently fly his aircraft within 10 nautical miles of the McCormick Place convention center.

That is going to be a “no-no.” Whoever that pilot is will turn out to have committed a serious federal offense.

I’M SURE THE conservative ideologues will try to twist the incident into some major overstep by federal government – all because the NATO summit is being held there and Federal Aviation Administration regulations are being imposed for security measures.

They will be anxious for anything that can be twisted into the Obama administration abusing its authority for political purposes – which is nonsense, of course!

But the fact is that there are going to be a lot of high-level security measures imposed during the next few days – reaching a peak come Saturday through Monday when the world leaders will be in our fair city (or at least in hotel and conference rooms within our city) to try to negotiate deals that theoretically could provide that “world peace” that so many beauty pageant winners say they desperately want to work toward.

Somehow, I sense the end result of these measures is going to be a p’o-ed population that is going to view the presence of NATO in Chicago as nothing more than an inconvenience in their daily lives.

PERHAPS THAT WAS the intent of the people organizing the event. Have everybody focus attention on the protesters, and make them believe that all the inconveniences are because of “those people.”

Which would be nonsense. Then again, nonsense usually has a sense of prevailing.
﻿

And considering that many people are going to view the NATO summit as the reason they couldn’t have their morning cup of coffee while riding the commuter train to work, it might well work.

Some people are self-centered enough to view events purely by the minute manner in which it impacts them.

THAT IS THE thought that popped into my mind the other day when I read about the security restrictions that will be imposed on Metra commuter train riders who try to get themselves to work.

Only one commuter line will be directly impacted – the Metra Electric line that runs from Randolph Street station to University Park, with spurs that go to Blue Island and to 91st Street in the South Chicago neighborhood.

Basically, they’re closing down the bulk of the city-based stations, which will put South Side residents in a bind when trying to figure out how to get to work. They will have the serious imposition.

But the suburban people will be imposed as well, as officials are restricting the size of bags that people can carry on board the train, forbidding them from bringing their bicycles on board.

AND NO MORE of those aforementioned coffee cups – or any other food or drink.

As someone who used to use the Metra Electric commuter line on a regular basis (and still rides it on occasion because I detest having to pay for parking in the Loop), my mind’s ear can hear the rants and rages.

I’m wondering just how intense the whining and moaning will be when people also learn of the other security provision – people are being warned that they may be searched before being allowed to board a commuter train.

Considering that I have seen many people throughout the years who honestly believe that they can arrive at the train station in the final seconds before a commuter train pulls in, how will they react to learning that they’re supposed to show up earlier than usual so they can be patted down?

WHAT ABOUT THE museums? I don’t know how much of an inconvenience it is for the Adler Planetarium, the Field Museum and Shedd Aquarium (all located near the South Loop along the lakefront) to be closed.

Although I’m sure there will be someone who planned a trip to Chicago for this weekend for the explicit purpose of visiting those facilities who will manage to be grossly offended that their “vacation” was interfered with by something as “trivial” as NATO.

Because somehow the trivia of our daily lives will manage to become all-important to some people come week’s end.