A lot of people are spending this weekend resurrecting their memories of what they did a decade ago Sunday, looking for some anecdote that feels to them like it ought to have great significance. 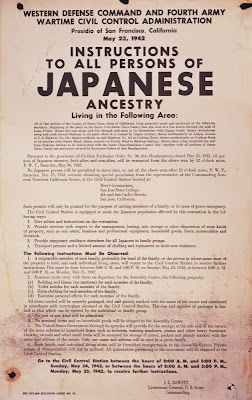 For me, however, the moment I still recall was one that occurred about five days (maybe it was six) after the hijacked jets hit the World Trade Center and the Pentagon.

I HAPPENED TO be listening to a radio station that was accepting calls from listeners. I can’t remember the exact station or much in details because I was flipping around the dial. It wasn’t some radio program that I regularly listened to.

But what caught my attention was a woman who (if she was being honest, and I have no reason to think she lied) was in her late-60s back then. Which meant she was a young girl during the years that the United States was involved in the Second World War.

Many people were quick  to compare the attack on the U.S. Navy at Pearl Harbor in 1941 with the idea of Islamic fanatics wanting to commit a violent act against the western world – and thinking that it was time the United States and New York (instead of London, Paris or Tel Aviv) took a hit.

THIS WOMAN, HOWEVER, took the comparison to a new level – one that still scares me whenever I recall it. Because it is frightening that anyone who could think of themselves as a rational human being could make this leap of logic.

She said that we should now be fully appreciative of the mood of the country back in 1942 when our federal government did one of its more shameful acts – approved the plan by which people of Japanese ethnicity were put away in internment camps and had the lives they had built for themselves in this country seized away.
﻿﻿﻿﻿﻿

She said the fear that she believed we all now felt toward Arabs (as though all Arabs, and only Arabs, are Muslim) was the same as was felt toward people whose families came from Japan.

She didn’t quite come out in favor of internment camps for Arabs in this country. But she did say that she expected NEVER AGAIN to hear people criticize the United States for what happened to Japanese ethnics – then living mostly on the West Coast.

AS THOUGH WE’RE now supposed to realize such treatment was acceptable. Maybe she had delusions of reparations payments being returned by those people and their descendants to the U.S. government?

The radio host thought so. He quickly told this woman what should have appeared to be the truth to anyone who thinks rationally – that what was done some seven decades ago was reprehensible and what we ought to learn from history is not to act so irrationally once again.

No singling out Arabs for abuse or mistrust. Especially since most of the Arabs I have ever known personally were either Christian or specifically came to this country to get away from those crazy fanatics who could seriously rationalize in their minds that Allah would take it as a gesture of religious faith to cause explosions that kill nearly 3,000 people in just a few hours.

WE OUGHT TO want more people like that living in this country. Not that the woman was swayed.

She became offended, and I seem to recall that she abruptly hung up the telephone – at which point I flipped around to another radio station.

My guess is that if she was still alive a few years ago when filmmaker Ken Burns did his documentary series on World War II, she hated it because he devoted significant amounts of airtime to the stories of Japanese ethnics who were mistreated – and yet still felt the need to fight on behalf of this country.

What sticks in my mind is that it was around this point that I realized we had to be very careful about what we did – or else the conservative ideologues of our society were going to run amok and scare a whole lot of people into keeping quiet about their concerns for freedom and liberty in our society – which is what our troops subsequently were sent into combat in Afghanistan and Iraq to protect.

IT WAS AT that moment that I realized the idea that our society was coming together as one was just a short-term myth. Fear is never a force that brings people together.

I only wish I could say this sentiment had somehow died down during the past decade. Yet it was just on Friday that I read a commentary on the Illinois Review website – one that criticizes Gov. Pat Quinn for some of his appointments of Islamic organization leaders to a state council on Muslim concerns.

The right-leaning website reminds us that both the Islamic Society of North America and the Council of American Islamic Relations were named as unindicted co-conspirators in a federal criminal case conducted in Texas.

A jury never found anyone guilty. But as the website tells us, “the suspicion surrounding ISNA and CAIR affiliation(s) remains in federal records.”

SO MUCH FOR the all-American concept of “innocent until proven guilty.” Perhaps some six decades from now, someone who is now a teenager will try to justify some future harassment by claiming our current mistrust of Arabs supports it.

We truly are doomed to repeat history!