Do we really mourn the loss of Chad Bradford/Moneyball on the Sout’ Side?

Monday was a day of reminiscing about baseball and what “could have been,” but not in the way that might be expected. 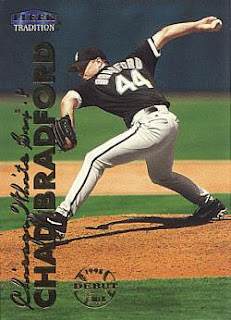 For it was a day in which I managed to have a few spare hours and chose to catch a film – specifically, “Moneyball,” the film starring Brad Pitt and based on Michael Lewis’ book that glorifies the Oakland Athletics of the early 2000s as a ballclub that revolutionized the way people thought of baseball.

SUPPOSEDLY, ONE OF the reasons why general manager Billy Beane was successful was that he recognized the potential for greatness in pitcher Chad Bradford at a time when many baseball people thought of him as some sort of physical freak who would never amount to much.

And in the film, the Bradford character (played by actor Casey Bond) has a scene where he approaches Pitt’s Beane and thanks him for being the lone baseball person who takes him seriously as a ballplayer.

The film doesn’t get into some of the background that the book does – in which Lewis skewers the team that had Bradford and didn’t use him on any regular basis and also treats that ballclub’s minor league director as some sort of nitwit who will forever be fleeced by smart guys like Beane.

That team, of course, is the Chicago White Sox, and their executive is the guy who now is general manager – Ken Williams.

NOW I KNOW White Sox fans get defensive about this particular view, in large part because it isn’t really all that accurate.

Bradford never did get a serious shot at sticking with the “big club” after playing in the White Sox’ minor league system in the late 1990s. Personally, I can remember seeing him pitch twice for the White Sox in games I attended. 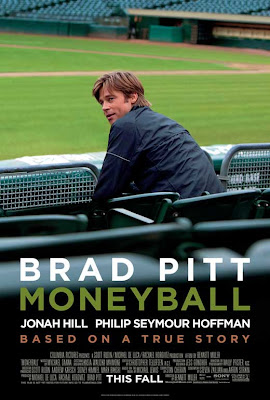 One was a late-season blowout, and the other was a brief appearance in the playoffs (giving up two base hits in two-thirds of an inning pitched) against the Seattle Mariners, who ultimately lost the playoffs to the eventual World Series champion New York Yankees that season.

But it wasn’t until he was traded to Oakland that someone was willing to take him seriously enough to use him regularly, and in situations where he would be thought of as the team’s top relief pitcher – rather than just someone who could get a stray hitter or two out in mid-game.

YET IT’S NOT like Bradford went on to a career of Hall of Fame proportions (although he did play for playoff-bound teams in Oakland and Tampa Bay, along with those 2000 White Sox).

There also is the fact that the main ballplayer the White Sox got in a trade for Bradford was catcher Miguel Olivo – who went on to be the team’s primary catcher for a couple of seasons before he became trade bait to Seattle.

That was how the White Sox got pitcher Freddy Garcia in 2004, and who the following year became one of their reliable starting pitchers in that World Series-winning season of ’05.

There are those of us who would think that Garcia’s shutout victory over the Houston Astros that won the fourth (and final) game of the 2005 World Series was a bigger moment than anything Bradford accomplished for any ballclub (even though his Tampa Bay Rays team of 2008 also played – but lost – in the World Series).

I REALIZE THAT films have to oversimplify facts to keep the story straight and tell six months of activity in a two-hour time period. But seeing Chad Bradford portrayed as some sort of baseball savior just struck me as being a bit of a stretch.

Not that this should be interpreted as Bradford-bashing. Because the sight of Bradford’s “submarine-style” of throwing (underhand, with his knuckles at times appearing to scrape the dirt of the pitcher’s mound) is one of those things a baseball fan doesn’t forget – particularly in that late-season game where I actually got a lower deck seat right behind home plate.

It is one of those minor moments that will stand out in my mind as why baseball can be beautiful, and why it is more important than the realm of percentages that it naturally creates (and the assortment of new percentages that some fans are determined to impose on the game).

One other moment of the film cracked me up once I realized what was going on.

THOSE OAKLAND ATHLETICS teams of the early 2000s were successful in part because the traditional ways of scouting ballplayers had uncovered a star shortstop from the Dominican Republic in Miguel Tejada.

That meant that this film, in its occasional scenes of baseball being played, had to have someone at shortstop wearing a “Tejada, number 4” jersey.

He doesn’t have any lines, but the “actor” who played Tejada was none other than former White Sox shortstop Royce Clayton. 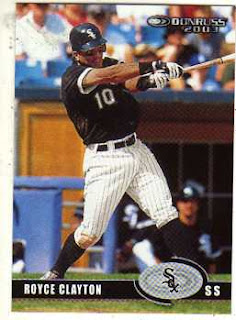 Not that any White Sox fans want to be reminded of Clayton, who hit so badly during his two-year stint in Chicago that it took something of the historic characteristics of Adam Dunn’s 2011 season to overcome it.

THEN AGAIN, I still remember sitting in the left field seats at the ballgame in which Clayton’s batting average for the season dropped to .099, when he managed to get a bloop base hit that didn’t even make it past third base – resulting in a group of fans sitting behind home plate to taunt him with their mocking chant of “M-V-P.”

It may have been rude, yet it was another of those amusing little moments that make baseball fun to watch – and which no amount of stat-geek math (I take the stolen base and defense more seriously than they do) can overwhelm.

EDITOR'S NOTE: I stand by my previously-expressed thoughts that anybody who thinks the release of Ozzie Guillen as manager of the White Sox means the team is fixed is being foolish. I can easily see 2012 being an equally-abhorrent season, only with a non-descript manager. Buddy Bell?!??
Posted by Gregory Tejeda at 12:01 AM