Illinois gave us a low-key Bicentennial

Illinois officially turns 200 years old Monday, and there will be a celebration. 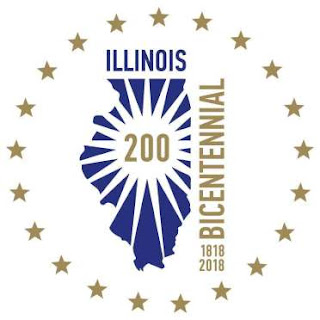 In fact, there have been activities taking place during the past year leading up to this day that are meant to make us fully aware of what a truly intriguing history our state has experienced during those two centuries of existence.


YET I WOULDN’T be the least bit shocked to learn that most of you weren’t the least bit aware of that – or of the activities that will take place at Navy Pier in the name of giving Illinois a proper birthday celebration Monday night.


For perhaps it is the result of the fact that Illinois isn’t exactly the most-unified of states. We’re certainly not Texas, with a strong self-awareness of who we are. Those of us from Illinois most often identify with the particular region of the state that we come from, rather than the notion of Illinois as a whole.


I suspect that has inhibited any true appreciation of Illinois’ existence through all those years. Too many of us probably wonder why any attention is being paid to the rest of Illinois, and not just our home region.


I’m sure I’m just as guilty of this as anyone else. I’m not only Chicago-born, I’m specifically of the South Side (the South Chicago neighborhood, to be exact). I’m just as likely to think of a West Side neighborhood as alien turf as much as something in Southern Illinois.
WHILE SOMEONE FROM central Illinois, I’m sure, thinks all of us are alien to his/her experience of what our state is all about.


Personally, I’m inclined to think the significance of Illinois’ existence is the way it has managed to incorporate all these different experiences into a single way of life. Almost as though what makes Illinois unique is that we have figured out a way to incorporate a bit of everybody into our state existence.


From an urban Chicago experience to parts of the state that aren’t too different from Appalachia – and to parts of central Illinois that actually give us those corn fields that too many people think are the entirety of the rural Midwest.
Then, there’s always the land of Forgottonia – as in the rural western part of the state that got that label as almost a joke of just how isolated it is from the rest of us.


THIS IS THE experience that will be in display Monday night at Navy Pier – where the program will try to give us a taste of bipartisanship (if such a thing can actually exist in Illinois these days). Both Gov. Bruce Rauner and Gov.-elect J.B. Pritzker are expected to be on hand for the festivities.


Unless someone decides to have a political hissy bit and not show up – which always is a possibility.


The Chicago Symphony Orchestra, Kevin Cronin of REO Speedwagon (which got its beginnings as just a band on the local music scene in Champaign) and bluesman Buddy Guy all will be amongst the performers.


We’ll even get acknowledgement of the musical “Hamilton” including Chicago as being amongst the places where it is being performed, and a historic program narrated by Bill Kurtis – whose deep voice is to a certain generation the sound of a quintessential Chicago newsman (unless you’re of the type who was watching Fahey Flynn) instead.


AND SATURDAY NIGHT Live, of sorts, will be included, what with George Wendt and Robert Smigel giving us a riff off their old “Superfans” sketches. Too bad that Mike Ditka himself couldn’t be on hand, what with him still recovering from a recent heart attack.
As for edibles, it should be noted there will be a 1,000-pound birthday cake from Eli’s – the place that many of us think is the ultimate for cheesecake.


Which could lead to questions about why we can’t have deep-dish pizzas – which some like to think is the ultimate local food item. Yet I can already see the problem with its’ inclusion.


We’d get into a serious quarrel over whether or not thin crust is truly more representative of Illinois, and whether it should be cut into slices or squares – a debate that likely will linger on to Illinois’ tricentennial some 100 years from now.