Some people determined to be grouchy

You’d think those people who want to view a woman’s right to terminate a pregnancy as some form of criminal act would be happy; the Illinois Department of Public Health came out with figures showing the number of women who aborted pregnancies in Illinois is at a low. 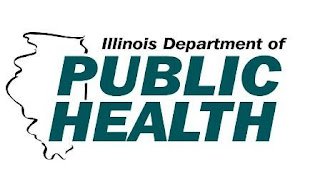 It also seems the number of women from Illinois who are feeling the need to have an abortion is at a low; with many of the women getting abortions in our state actually coming from surrounding states.


BUT MANY OF those who use the “pro-life” label even though the truth of it is that they’re opposed to abortion and could care less about the larger-scale issues of life are expressing their outrage.


They used the Chicago Tribune to express their disgust, as the Tribune reported on how the number of abortions done in Illinois is down by 3.7 percent in 2016, compared to 2010.


While there is a 41.5 percent increase in the number of women coming from other states to Illinois to terminate a pregnancy.


Part of it is the perception created by Gov. Bruce Rauner when he approved legislation ensuring that those relying on public health programs such as Medicaid for their healthcare can have the cost of their procedure covered.


THAT, OF COURSE, is one of the measures that has Jeanne Ives all riled up against him in this year’s primary election cycle. Although it may well be that after March 20, Ives and her rants will be history.


But the longer-lasting issue is that Illinois doesn’t have the many restrictive measures such as exist in surrounding states that make it complicated for a woman to terminate a pregnancy.


It’s part of the long-lasting strategy of the conservative ideologues who, if they can’t have the procedure made illegal, can make it a pain in the keister for a woman to actually obtain.

From the 72-hour time period before an abortion during which a woman must receive counseling (to advise her on the evils of what she’s contemplating doing) in Missouri, to the ultrasounds a woman must receive in Indiana (to try to make her feel guilty about the process) to the possible new law in Iowa that would outlaw abortion any time after a fetal heartbeat is detected, it’s all about gumming up the works.


THE 1973 ROE v. Wade ruling be damned; the consequences of a child being raised by a parent incapable of caring for it aren’t important. It all becomes about letting a woman know her place – and that is to procreate.


Of course, the notion that Illinois is a lot more sensible than the surrounding states of the Midwest is not new.


If Illinois’ sensibilities prevailed, there’s no way we’d have a “President Donald J. Trump.” It wouldn’t have mattered that there were parts of the state that took his ’16 campaign rhetoric/trash talk seriously.


But this is an issue that displays this variance in attitude all-too-clearly. Illinois has become the place where women have to turn to in order to receive a bit of medical care that other states want to play moralistic games with.


OF COURSE, I found it most interesting to read the Tribune account’s line of reasoning for the abortion decline in Illinois. Planned Parenthood officials say it is because women are getting better access to information about birth control – which means unwanted pregnancies aren’t occurring in the first place.


Although that, I’m sure, is a concept that offends the ideologues amongst us as well. Why would a woman want to avoid pregnancy if that is supposedly her primary purpose in life?


Which is, in itself, a backward line of thought. Taking away from the freedom of choice about our lives that our society is supposedly based upon.


Then again, there are those who are just determined to complain. What would our society be without its malcontents who have a twisted sense of decency, and think we’re all supposed to live in a subservient position under them?