Feds still tipped off to DACA beneficiary, despite sanctuary policy

Christian Gomez Garcia spent a couple of days in jail this week, awaiting the possibility of deportation from the United States even though he’s one of the individuals under federal policy who supposedly is protected from such a fate. 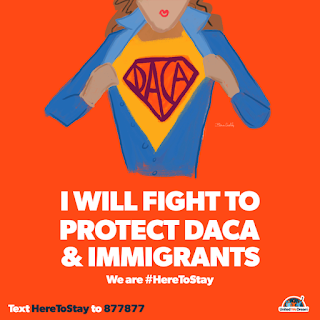 Gomez is one of the people who registered under the Deferred Action for Childhood Arrivals program so that he could live openly in this country even though his mother brought him here at age 6 without getting valid visas for herself or her son.


TECHNICALLY, HE’S AMONG the ranks of the undocumented in this country – an illegal alien in federal bureaucratic-speak that the ideologues like to use because it dehumanizes the individuals they wish to deport.


Technically, his fate is one that isn’t supposed to happen. It was a screw-up by law enforcement, although the Chicago Tribune reported that his DACA protections may have lapsed. Which is why Immigration and Customs Enforcement officials reviewed his case before releasing him from the county jail in Kenosha, Wis., where they house some immigration cases while they’re pending prior to deportation.


But I’m sure Gomez isn’t going to feel all that relieved. He’s going to know that the slightest little slip-up will cause the bureaucrats to throw his life out of whack – and that the ideologue-inclined of our society won’t feel the least bit of sympathy.


Gomez is 29, and he’s supporting his mother, Luz Maria Garcia, who left their native Mexico to get away from instances of domestic abuse. He came to the attention of law enforcement for an incident in December. He drove his car through a stop sign, and was issued a ticket.


HE HAD HIS day in court on Monday, making his appearance at the courthouse in suburban Skokie. All routine; something I’m sure all of us have gone through at some point in life.


But when Gomez tried leaving the Skokie courthouse, the Chicago Sun-Times reported that he found ICE agents waiting for him in the lobby. It seems someone notified federal officials that a person with uncertain immigration status was in court that day, and they should come to pick him up.


Even though the whole point of the DACA program is that those young people with no serious criminal records aren’t supposed to have to fear such hassle from law enforcement. DACA registration gives them the work permits provided they continue progress through the naturalization process toward eventual U.S. citizenship. 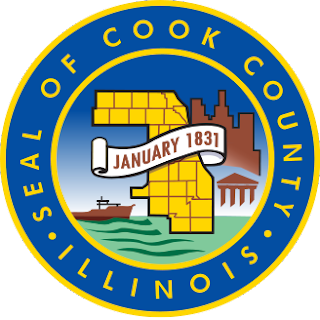 What has Latino activist-types all worked up is that this happened in a Cook County government facility. If it turns out to have been a sheriff’s deputy or some other county official who picked up the phone to call the feds, then someone is in violation of Coo County’s own sanctuary policy.


THAT’S THE POLICY that says county officials don’t assist federal immigration officials by providing such information about their jail inmates. It means that appearing in court for a traffic ticket should have been a circumstance in which Gomez felt secure.


Now I’m sure some people are going to argue that the inconvenience to Gomez wasn’t that big a deal. After all, the federal government wound up admitting their error and releasing him on Thursday.


Although it also means that he came to the attention of immigration officials, and this is exactly the kind of bureaucratic screwup that has the ability to come back and bite one on their nalgas. Or their derriere, if you prefer more effete language!


Who’s to say that having drawn this kind of attention will cause federal officials to tune their antennae more intensely to Gomez’ presence, looking for anything they could construe as a screw-up so they can justify their actions of this week?


BESIDES, I ALSO wonder how many of the rest of us would appreciate a screw-up that resulted in having to spend even a single day in a county jail. Particularly since the offense that initiated this whole incident was a blown “stop” sign. 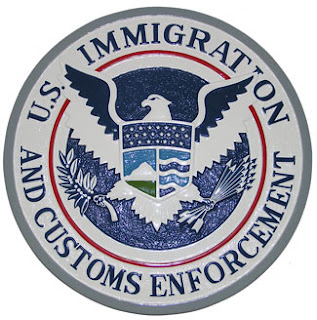 The DACA policy, the one-and-the-same that President Donald Trump would like to see done away with, or at least extort other ideologue benefits in exchange for keeping it, was supposed to eliminate the chance of deportation being the end result for such petty offenses by people who are far from criminals.


Except in the mindset of those ideologues who want to believe that existing in this society without being exactly like their narrow-minded selves is a crime in-and-of itself.


For so long as we allow the immigration debate to be dictated by the idiotic thoughts of the most bigoted of our society, we’re going to continue to have more silly incidents like these clogging up our justice system.