If there’s really a date that matters to Ill. budget, it’s Tuesday. Not Saturday! 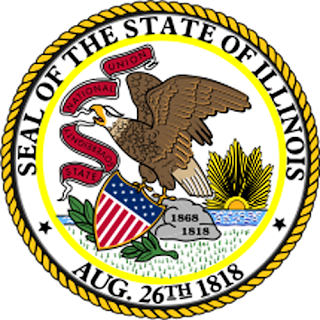 As far as the business entity otherwise known as Illinois state government is concerned, 2018 begins Saturday. We’re now beginning a third year of operations without a budget plan in place for the state.


THERE WERE MANY who were figuring that meant this was the point in time by which our officials would have to put aside their petty partisan political differences and do something to ensure that state government meets its obligations for the future.


Of course, the General Assembly quit by mid-day on Friday – with little public attempt to even pretend it was trying to pass something, anything, that could be construed as a budget.


Our legislators will return to work on Saturday – and not just because Gov. Bruce Rauner issued an order telling them to do so.


It was Illinois House Speaker Michael Madigan, D-Chicago, who said early Friday that legislators would continue to work until something was approved that could be sent to Rauner for his final approval.


IN FACT, HE then made a point of sending letters to the heads of the bond rating agencies such as Moody’s and Standard & Poor’s; asking them not to rush into any action to reclassify the financial status of Illinois government.


There have been hints that if the state didn’t act by Friday and actually allowed a third fiscal year to begin without a budget, they’d go ahead and knock Illinois down to the lowest status possible.


That of “junk bond status.”

Which would put it as a part of the legacy of Rauner’s gubernatorial term that Illinois plunged as low as it could go – although I’m sure Rauner fully intends to place blame on Madigan for this situation. Reports indicate television advertising spots making such an accusation are already prepared, but that Rauner is holding off on paying money to air them in coming days to see what happens.


The Illinois House on Friday morning went so far as to take an overwhelming vote of support, with a final vote of approval to come at a later date. Which is what Madigan alluded to in telling the bond rating agencies that something will happen soon.


Of course, nothing really happens until that final vote is taken. Then the matter would have to go over to the Illinois Senate for consideration. Even then, a single “no” could strike the whole thing down. That “no” being the veto power of Rauner himself.


Which is why Tuesday may be the significant date. If nothing happens by then, it’s likely that nothing will happen at all and we probably should prepare for the worst.


THE SIGNIFICANCE OF Tuesday being that it is Independence Day. Never underestimate the significance to a legislator of wanting to march in whatever local parade is being scheduled for their home community.


I have no doubt these people want to go home for the summer on Sunday or Monday. They want to make their local public appearance on Tuesday and use their events to celebrate both U.S. independence AND a state budget.


Legislators want to feed their egos from their local voters by telling them how they personally influenced the whole process. Some may want to believe that it was somehow brand-new Illinois Senate Minority Leader William Brady, R-Bloomington, (remember his failed 2010 bid for governor against Pat Quinn?) who impacted the action. That may be total exaggeration on their parts, but it is something they want to do.


They want to be a part of the fireworks back home, not lingering on at the Statehouse in Springfield while fireworks of a different sort go off from the electorate peeved that we’re now in Year Three without a state budget in place.