We hear the facts of 75 years ago; but have we really learned a lesson?

It has been 75 years since the date that “lives in infamy” (or so says FDR), and just over 15 years since the alleged sequel date when the Pentagon and World Trade Center were the targets of people who decided to hijack commercial jetliners for their personal use as bombs.


Dec. 7, 1941 and Sept. 11, 2001 do have one thing in common (even though I hardly consider a batch of religiously-motivated thugs the equivalent of the militaristic empire of Japan back in the 1940s).


THEY ARE DATES that the more paranoid segments of our society like to trot out as justification for their isolationist thoughts about the way we all ought to live our lives.


As though we live in their warped, paranoid world and have to merely accept it as the way things are!


Flipping around the massive lineup of cable television channels this past weekend eager to fill up all that airtime, I stumbled across several documentaries focusing on Pearl Harbor and the U.S. entry into the Second World War.


All of which highlighted the intense hostility that developed in this country for anything connected to Japanese people in ways that were never felt toward anyone espousing fascism or wearing swastika armbands (even though there is evidence that the old German-American Bund was more of a threat to the U.S. in those days than Japanese-ethnics who had emigrated to this country).


ALL TOO SIMILAR to the hostilities often expressed these days by a segment of our society that is determined to view the Islamic religion, or anything to do with Arab people regardless of what religion they practice, as something bordering on subversive that is best eradicated from this country.


I’d hope we don’t get to the point of anyone seriously proposing internment camps for Muslims (although I have heard people try to claim that the viewpoint toward Japanese all those years ago justifies the current attitude toward Arabs).


Even though there are those amongst us who view the campaign rhetoric of President-elect Donald Trump toward Muslims (all that talk of mass deportation) as being equally offensive as the past Japanese-American policies.


Too similar to the official attitude of the United States toward many of those would-be immigrants of the Jewish faith who tried to flee Nazi-era Germany persecution – only to be turned away at Ellis Island or any other U.S. port of entry.


HOW MANY OF those who perished in the notorious Nazi concentration camps died thinking the idea of an “American dream” was a crock of lies?


Just as those who seem to want some sort of official U.S. hostile policy toward the Islamic religious faith appear to be guilty of George Santayana’s fear; “those who cannot learn from history are doomed to repeat it.”


For some of us seem to have not learned the lessons of our past mistakes – or are so determined to believe we never make mistakes that we rewrite the past in our own minds to make it seem far more noble than it ever was. Similar to those who took Trump’s “Make America Great Again” campaign slogan seriously.


This country has had its moments of greatness, but not for the reasons the Trump-ites would cite.


YES, I VIEW the results of last month’s elections (which will be confirmed in coming weeks by the actions of the Electoral College) as evidence that the national mood hasn’t learned from past mistakes – the nation made a statement in favor of paying greater attention to those who apparently went through high school history thinking the topic was boring.


Because some of us haven’t learned a thing, and they’re determined to spread their vacuous sensibilities amongst the rest of us.


With regards to the concept of internment camps, I once wrote a commentary speculating that hostilities toward Latinos were growing to the point where I might someday wind up receiving some sort of compensation payment similar to what was eventually paid to Japanese-American survivors of those 1940s-era camps.


Although I now realize there’s no way these nativist-types would ever do such hostilities because even they know we’re desperately needed here to do the actual work to prevent their vision of an Anglo-led society from devolving into a real “third world” nation. 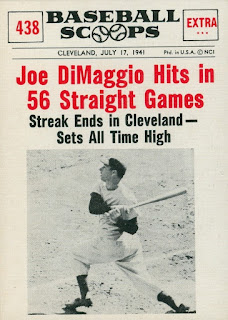 EDITOR'S NOTE: Personally, I'd rather reminisce about 1941 being the year of baseball greats Joe DiMaggio and Ted Williams giving us the on-field accomplishments (the 56-game hit streak and .406 batting average respectively) for which they're still remembered all these years later. Yes, I also recently saw a repeat of Ken Burns' "Baseball" documentary -- specifically the segment about the 1940s and how quickly we in this country went from a sports-mindset to a war-mindset. With even DiMaggio and Williams feeling compelled to enlist into military service. Could anyone envision Kris Bryant or any modern ballplayer taking similar action? 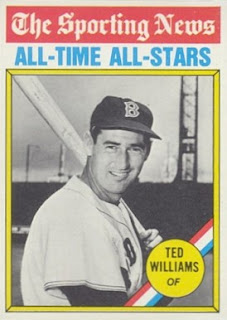 Heck, I think I'd even rather remember the year for that dreadful early-1980s film "1941" that gave us the sight of actor John Belushi as an Army Air Corps pilot determined to be the first to shoot down a Japanese plane over U.S. soil. Will anyone of the future have positive thoughts about the year 2016? That is, with the exception of Chicago Cubs fans who will probably spend the rest of their lives forcing us all to remember what occurred!
Posted by Gregory Tejeda at 12:01 AM