Just over 80 days away ‘til Election Day (already?!?), at least for some of us

We’ve barely finished the “Election cycle from Hell” (or so it felt like), and yet we’re already coming up on the next set of government posts for which we’ll be asked to cast ballots. 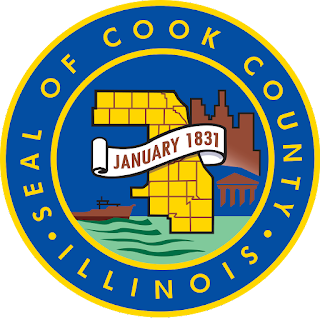 At least some of us will be.


IT’S TRUE. THERE will be positions up for grabs within various units of government. Most of them will be decided on April 4, although in places where a primary election is a necessity, that will occur on Feb. 28.


Not that most of us will give these elections much thought.


Because, by and large, these are municipal elections, and they’re not even complete.


For many suburban communities that have their local government entities split their city councils/village boards/whatever call themselves so that half of them got elected to four-year terms in 2015 – with the other half to be chosen this year.


TO MAKE IT more confusing, it will vary from municipality to municipality as to their chief executive (their mayor, village president, town chief or whatever) is up for grabs.


In some suburbs, their local bosses will be picked this year. In others, it was already picked and this is just to fill out the local village board. Candidates seeking to be on an April 4 ballot will have to declare their candidacies beginning Monday – with nominating petitions needing to be filed by Dec. 19.


In short, one will have to check our your specific town to see if there’s anybody even up for re-election. Or your local school boards, which usually manage to pick the same hacks over and over regardless if they know anything about education issues. In many cases, the chances are that the incumbents will run unopposed. We’ll know more come the Christmas holiday.


There are a lot of long-term suburban mayors because usually there’s nobody else interested in holding the position, Heck, in some cases the mayor/village president/whatever is merely a part-time post that only pays a token salary to cover a few expenses – and the person usually has a real job by day.


BEING THE MAYOR usually means cutting some ribbons at public ceremonies, and being the guy who gets to wield the gavel at council meetings.


In some cases, the daily operations of the local government is actually run by a government professional that carries a title of village administrator or city manager or something like that. With the difference in titles being the degree to which the professional has the authority to hire people without needing the formal approval of the part-time elected officials.


These are always low-turnout elections. The 70.65 percent voter turnout we saw last month in Illinois (about 75 percent in Cook County) for president will be a mere fantasy come February and April – we’ll be lucky if 20 percent of the register voters bother to show up to cast ballots.


Many people who live in suburbs don’t have the slightest clue who their local government officials are. And when it comes to the city, this is an election cycle we’ll get to sit out.


WE CHOSE RAHM Emanuel and all 50 aldermen back in 2015. So we in Chicago will be spared a certain level of nonsense. The campaign rhetoric will be restricted to positions that most people probably won’t have a clue what it is they really do to justify their existence.


Which is probably a break that city residents need to help us recover from the recently-completed election cycle.


After all, we turned out strong in Chicago proper and gave overwhelming support to Hillary Clinton’s presidential dreams – with some parts of Chicago giving as little as 2 percent voter support to President-elect Donald J. Trump. Only to find out that it wasn’t enough to ensure her Election Day victory.


Besides, we’ll get a nasty enough electoral fight that will come soon enough in 2018 when we have to decide on a governor for Illinois and all the other statewide Constitutional offices – without the added attraction of a U.S. Senate seat or presidential race to draw out voters to the polling places.