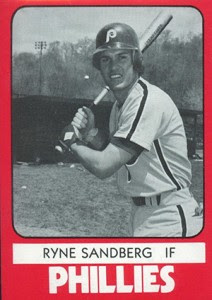 I found it ironic to learn of Ryne Sandberg’s resignation Friday as manager of the Philadelphia Phillies.


The long-time Chicago Cubs second baseman who went on to a Hall of Fame career for his play, then working his way up through the Cubs’ minor league managerial ranks before taking a top job with the Phillies got replaced by another Chicagoan.


IT SEEMS THAT Pete Mackanin, a Chicago-born guy, alumnus of Brother Rice High School and also of the University of Illinois at Chicago, will now finish the season for the Phillies.


Not that Mackanin ever played professionally for a Chicago ball club. The Washington Senators, Texas Rangers, Montreal Expos, Philadelphia Phillies and Minnesota Twins were the “big league” uniforms he wore.


Although Mackanin did finish his playing career with the Iowa Cubs back in 1984 (the year they won a division title with Sandberg as the guy who occupied the same position on the major league roster and would have gotten a big-league promotion if Sandberg had suffered some sort of season-ending injury).


It also seems that Mackanin’s own managerial career began with minor league stints with Iowa and the Cubs’ affiliate in Peoria, Ill., before moving on to other, more quality, professional baseball organizations. 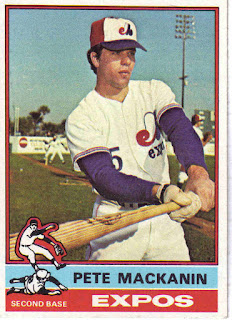 DOES THIS MEAN that the Philadelphia Phillies are looking for a touch of Chicago Cubbie-ness in their future leadership? Particularly since Sandberg gave as his reason for quitting now a rumored change in the top leadership, as the Phillies reportedly are considering former Cubs general manager Andy MacPhail for their top spot.


If so, it will be quite a while before they return to the standards of 2007-08 when the Phillies won consecutive National League championships (and beat the Tampa Bay Rays in the ’07 World Series).
And too soon before they rival the Cubs for a string of less-than-stellar seasons of play.


EDITOR’S NOTE: How long will it be before some crackpot Cubs fan suggests that the Cubs hire Sandberg to be their field manager – making up for the fact that the team passed on him several years ago when the position was open.
Posted by Gregory Tejeda at 9:43 PM