Which “trend” is the truth?

It was just last week that the New York Times felt compelled to put above the fold on its front page a detailed story about how the murder rate for Chicago was on the decline.


“Chicago Tactics Put Major Dent in Killing Trend,” was among All the News that was Fit to Print; as The Times reported how murder was down by 34 percent compared to a year earlier.


So what should we now think after this past weekend; when nearly four dozen people were killed or wounded in various incidents around the city. Of course, two of those incidents (three, if you want to extend the “weekend” back to Friday morning) involved people who were shot to death by police officers. It may be possible to excuse those.


Particularly in the case of one 15-year-old, who allegedly was carrying two pistols when police perceived him as enough of a threat to take his life.


But that’s still a lot of bloodshed to take place during a two-day period – particularly since the temperatures didn’t exactly skyrocket to record-high levels.


IT CAN’T BE blamed on the excessive heat that people were losing their tempers and reaching for those weapons they had access to and did something stupid before they could think twice!


But it literally just becomes one of those “realities” about urban life that too many of us become immune to.


Because while the Chicago Sun-Times proclaimed this past weekend to be the “… city’s most violent weekend in 2013,” it is far from any kind of Chicago record for violence. 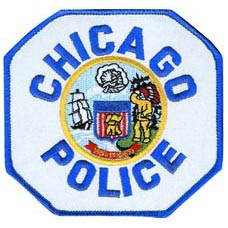 I have a tough time taking seriously much of the rhetoric about how violent Chicago has become in recent years – mainly because I remember back to my own days of being a full-time crime reporter for the now-defunct City News Bureau of Chicago.


THOSE WERE THE days when the number of murders each year would average out to about two-and-a-half per day.


It didn’t mean that we literally had that number each day. Some days would go by without killing. But then, you’d get the crazed weekends of summer or whenever something else odd occurred to tick people off that that lost control of themselves. That would inspire the stories in the Monday newspapers about how some two dozen people were dead from various incidents of stupidity that occurred in the inner-city neighborhoods.


By comparison, the number of slayings taking place this year (at the rate we’re going now) will probably come to somewhere around 400. Just over one per day, on average. With the occasional stupid weekend ballooning the number of incidents.


I’m not trying to downplay the personal tragedy of the losses of life of those roughly 400 people. For their survivors, it will be a loss that they likely will never recover from.


BUT LET’S BE honest. Most of the people who are ranting and raging the loudest about all of this could care less about those individuals.


I’ve read and heard too much political punditry about how this “skyrocketing” crime problem is going to be what “takes down” Mayor Rahm Emanuel. It’s going to be the evidence that shows just how far he has lost control of his city.


Too many of us are immune to feeling anything about this, because we want to believe it doesn’t happen in our particular neighborhood.


OR PERHAPS THEY’LL take that 15-year-old who was packing a pair of pistols and will try to claim he brought it on himself. And also try to claim that those wacky New Yorkers were somehow premature and clueless when they wrote what they did -- which was more truthful than any quickie image we got on Monday.


The point being that these people are more interested in having something to gripe and grouse about; rather than doing anything to seriously try to solve the problems that lead to certain neighborhoods being more susceptible to violence than others.