Pols getting serious about former IDOT employee serving on Cook Co. board

How do we know that all the speculation about a former Illinois Department of Transportation employee being the favorite to fill a vacancy on the Cook County Board ought to be taken seriously? 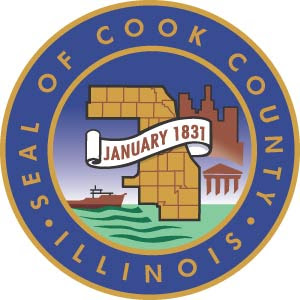 To me, it is the notion that Stanley Moore this week finally got around to paying a $3,000 fine that he was hit with three years ago.


AS THOUGH MOORE thinks that by coughing up the cash all this time after the fine was imposed back in October 2010, he can somehow make the issue of why he was fined to begin with just go away.


If it was worth it financially to Moore to come up with the cash, he must really think he’s got a chance at being named to replace William Beavers as a commissioner on the county board.


All this is coming from the Chicago Tribune, which reported Wednesday that 21st Ward Alderman Howard Brookins is touting Moore as his pick to replace Beavers.


Brookins is not the only Democratic committeeman with a say in the process. But under the procedures used by the Cook County Democratic Party, he has more of a say than anyone else.


HE IS NOW going about putting together a coalition of other committeemen from the Far South Side to try to get them to favor his decision.


When he gets that coalition together, THEN the party faithful will schedule some sort of public meeting at which time Brookins’ desire will be turned into reality.


For now, all the negotiations are being done in private. Particularly in trying to erase Moore’s record blotch that would cause many political amateurs to ponder why he ought to get the post to begin with.


For the record, Moore tried running back in 2008 against state Rep. Monique Davis, D-Chicago, for her legislative seat representing people in the Morgan Park and Beverly neighborhoods.


HE LOST. BUT in the process, it was determined by the state’s ethics commission that on at least three days, he “clocked in” for his job with the state Transportation Department and got paid his salary – even though all he allegedly did was work related to his unsuccessful political campaign.


By the time all of this was determined, Moore was a former state employee. He quit early in 2009 and the decision was made in October of 2010. Hence, it was felt the fine was the only action that could be taken to penalize him.


For what it’s worth, the Tribune reported that Moore paid $100 of his fine at the time. But it wasn’t until this week, the newspaper contends, that he got around to sending a check for the remaining amount of money.


Gee. I wish I knew it was possible to just ignore debts such as a fine. Because it would appear (to me, at least) that Moore wouldn’t have bothered to pay anything more if he weren’t interested in the county board post.


PERSONALLY, I FIND it interesting to read Moore’s claim that the reason he left his job with the state was because new leadership imposed around the time that Pat Quinn became governor following Rod Blagojevich’s impeachment took the agency in a new direction.


Even Brookins tries to downplay Moore’s alleged activity by claiming it is just evidence that politics is “a full-contact sport.”


As though, somehow, that concept justifies anything that occurs within government or any action taken by elected officials.


Of course, this post was going to gain public attention regardless. Replacing Beavers following the “guilty” verdict that was reached against him on federal tax evasion charges was going to put a lot of attention on the process.


PARTICULARLY WHEN IT became known that former county board President Todd Stroger and a nephew to former Mayor Eugene Sawyer were both among the many who have expressed interest in the post.


So for those people who now want to get all outraged at the thought of Moore, keep in mind that we could very easily be considering the appointment of Stroger, the younger, to this seat. With all the political baggage that his name carries.


On that thought, have a nice day!