EXTRA: A new ghost for the parking lot at 35th St. and Bill Veeck Drive?

To many people, Pat Summerall was the voice of the NFL. He and Bill Madden were the broadcasters who gave television viewers so many “big” games – including multiple versions of the Super Bowl championship. 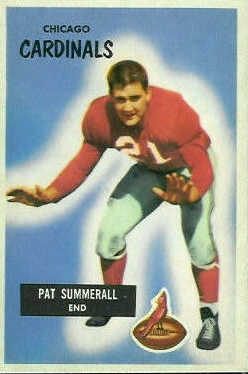 Summerall even had a broadcast career at the highest levels of golf and tennis. Although at age 82, he died Tuesday at University of Texas Southwestern Medical Center.


ALTHOUGH I ALWAYS got a kick out of the fact that the calm guy who balanced out Madden’s bombast had his own Chicago tie. He was a pro football player whose career included time with the Cardinals back when they were the South Side team – rather than playing in the deserts of suburban Phoenix, Ariz. (whose only Chicago tie ought to be the fact that the White Sox have spring training there every March)!


It was like a perpetual reminder when he was on the air all those years that there was once a time when football in Chicago meant more than just “da Bears” and the South/North split wasn’t just a baseball reality. In fact, that there was an NFL team in Chicago before the Decatur Staleys felt the need to move themselves to a larger market than the “Pride of the Prairie.”


Which has me wondering about that plot of land just north of U.S. Cellular Field – the one where we now park cars on the ground where so much athletic and other types of entertainment has occurred. 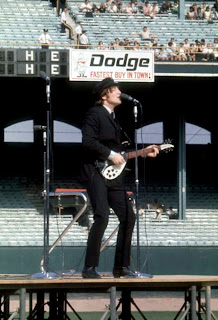 Is Summerall’s ghost now tearing around the field, trying to knock over Shoeless Joe Jackson’s spirit that is running down a fly ball or Nellie Fox trying to turn a double play while dodging automobiles parked over what was once Second Base? While John Lennon and George Harrison are standing off to the side, waiting for all the athletic “blokes” to clear the field so they can play their concert to all those screaming fans?!?