What to think about prison closures? 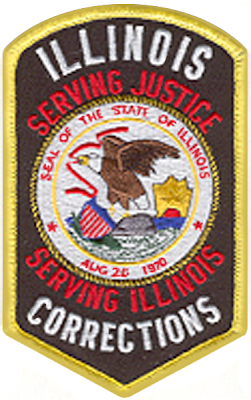 So is this what we’ve come to, our state’s significant industry is building prison facilities for the federal government to operate?

It seems like a bizarre way to have an economy. Yet it seems to be the direction we’re headed in.

REMEMBER THE NEW maximum-security prison near Thompson, Ill., in the northwestern part of the state. Illinois built it, but never opened it because the funds to pay for its operation were never on hand.

It may never have become the place to hold the people now being held at the U.S. Navy base at Guantanamo, Cuba on suspicion of terrorism – which would have made so much sense that of course the ideologues didn’t like the idea.

But the federal government is considering using the facility for other purposes within the federal Bureau of Prisons.

Perhaps that is why Gov. Pat Quinn turned to the United States of America when he has another prison facility to sell. It’s not like he has a used car to deal. There aren’t many people or organizations with the potential to buy such a facility.

SO NOW WE can speculate as to whether the Tamms Correctional Center at the far southernmost county of Illinois (only a dozen miles north of Cairo, which is the state’s southernmost tip) will go from being a state facility to a federal one.

For all I know, we’ll get wisecracks about how former governors George Ryan or Rod Blagojevich could wind up getting transferred from their current federal prison facilities to one that they once (theoretically) oversaw.

Quinn literally (according to various news reports inspired by the Associated Press) sent the federal government a letter telling them of Tamms’ isolation from the rest of Illinois (which is something all of Southern Illinois has in common) that would make any federal facility operated there all the more secure.

But I’m not sure just how seriously the U.S. government will take the offer – even if the president himself considers himself an Illinois native.

BECAUSE THE FEDERAL government already had a high-security prison facility located in Southern Illinois – about an hour’s drive to the north in the city of Marion (which at just over 17,000 people might seem like a small suburb, but by Southern Illinois standards is a major urban area that includes the federal courthouse for that part of the state that thinks of itself as Little Egypt).

Back in the days before anyone used the phrase “super-max” to describe a high-security prison kept on “lockdown” mode at all times (instead of just to deal with a potential crisis), the federal correctional center at Marion WAS super-max.

It was the prison opened by the federal government in 1963 to replace Alcatraz when that infamous facility became too old and decrepit to be trusted to house dangerous inmates!

But with the opening of a closed maximum-security (the real term that describes such facilities, not super-max) prison in Florence, Colo., Marion became a medium-security prison. The point being that Southern Illinois’ days of housing such dangerous inmates are over.

UNLESS SOMEBODY BELIEVES that the Marion facility is about to overflow and needs a nearby building to take on the extra hard-cases who need to be kept away from other people, it is uncertain how a Tamms facility would fit into the Bureau of Prisons.

It would appear to be a federal redundancy.

Then again, no one has ever accused the federal government of being run in the most efficient manner possible. So maybe somebody at that level would think such a facility would be worth owning.

So this could be the ultimate reason for supporters of this plan to back Barack Obama for re-election come Nov. 6. Somehow, I suspect that a “President Romney” would be used by the Republican ideologues to “punish” Illinois for having ever created a political person out of Obama.

MY GUESS WOULD be that this long-shot of a plan would be no-shot if Obama himself isn’t around somewhere to nudge it through.

And if that were to happen, we in Illinois would literally be stuck with a modern (and vacant) prison facility to have to watch over – with no real use since Quinn included it (along with the women’s maximum-security prison at Dwight) among facilities to be closed by the state in a cost-cutting move.

As for where all those women are going to be transferred to, that is a commentary for another day.

Both Tamms and Thomson will be filled., not with inmates, but with the Governor's hot air.