A DAY IN THE LIFE (of Chicago): NATO 3 hearing Monday all for show

The three young men who face criminal charges for what prosecutors want us to  believe was their subversive attempt to bring down our society during the NATO Summit held in Chicago back in May had a court date Monday that was about nothing but putting on a show.
﻿ ﻿
The three men, who face charges such as conspiracy to commit terrorism and possession of explosives, were at the Criminal Courts building for arraignment – which is the point at which a defendant enters his (or her) plea to the charges they face.

BUT IT ISN’T anything uncertain. Because the defendant pleads “not guilty,” gets assigned to a trial judge, THEN the attorneys and prosecutors can seriously start negotiating toward a plea, or work toward having a trial.

It’s not like there was a chance that any of the three were going to plead “guilty” on Monday, even though some people in our society seem to think that every defendant ought to enter a guilty plea to spare the county the cost of conducting a trial.

So the proceedings were a formality.

Although I couldn’t help but notice the news accounts of the court hearing, which pointed out the specially-colored outfits the defendants were wearing – which indicate that all three are being held at the Cook County Jail in protective custody.

EVEN THE COURT spectators (many of whom are inclined to believe the three defendants in this case are making a political statement with their incarceration) played the part – holding clenched fists in the air to show their solidarity with the men as they made their brief appearance before Judge Thaddeus Wilson.

About the only thing that can really be said about Monday’s proceedings is that it means yet another step in the legal procedure is complete. Maybe now this case can take on a lower profile for some time – and attorneys can work on trying to resolve it in some sensible manner.

And maybe we’ll someday get a legitimate answer to the “big” question about this case – were these men arrested for plotting to blow up police stations and squad cars, or did they get busted for possessing beer-making equipment?

What other items are worthy of noting as we resident of the southwest corner of Lake Michigan prepare for the mid-week Independence Day holiday?

DID MIGHTY QUINN FEEL AT HOME?:  It amuses me the lengths government officials will go to in order to provide a scenic background for an event.
﻿

Take Gov. Pat Quinn, who on Sunday signed into law a measure that prohibits the sale, trade or distribution of shark fins. The governor says such a ban will help global efforts to save the shark population worldwide. The fins have some value in Asian cuisines, and the fin-less sharks often get dumped back into the sea.

Quinn signed the bill into law during  a ceremony held at the Shedd Aquarium, with a tank filled with sharks in the background.

Seeing all those sharks swimming around behind Quinn’s head, looking as though they were ready to pounce on the governor? It really didn’t seem too different from the Legislature and its leadership, preparing to devour Quinn’s desires whenever it suits their needs.

A CHICAGO-STYLE TURNOUT FOR ALL-STAR VOTE: The American and National league All-Star teams have largely been chosen, with five Chicago ballplayers being picked to play in the game to be held next week in Kansas City. 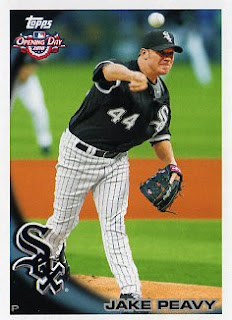 But in a gimmick created in recent years, fans will get to pick one more member of each team – creating the chance that White Sox pitcher Jake Peavy could still get chosen.

Yet he has to be considered a long-shot to win the Internet-based election that runs through Thursday. Texas Rangers pitcher Yu Darvish is going to get a strong vote from people in Japan who’d like to see one of their countrymen on the team. There’s also the chance that Royals fans would like to see their pitcher, Jonathan Broxton, get a chance to be on the team that plays in their city’s ballpark.

That is, unless fans of the Sout’ Side’s ballclub can get behind their pitcher. Perhaps they should pretend he’s JFK, then turn out to vote en masse.