In the course of my duties for a suburban daily newspaper, I happened on Friday to attend a Catholic mass performed by Chicago Police Chaplain Daniel J. Brandt and that bounced around my brain all weekend

While most of the service was a tribute to public safety workers (ie., cops and firefighters), Brandt also gave a mention to the upcoming activities that will take place when officials with NATO meet in Chicago during May.

FOR BRANDT ASKED those people in attendance to say extra prayers for those public safety people who wind up getting assigned to security details connected with NATO (meeting at McCormick Place) or any of the sites where demonstrations against NATO are expected to take place.

Now coming from Brandt, I realize he’s not an “objective” perspective. He has his view influenced by his job, and he has his right to his opinion. Yet I, and everybody else, have a right to our opinion too.

I couldn’t help but be a bit appalled at Brandt’s characterization of the people who will come to Chicago to protest (they will be here from around Planet Earth) as those who are here to cause, “trouble, havoc and mischief.”

AS THOUGH THE individuals who have their objections to the U.S. military might being used for what at times seems questionable purposes have no legitimacy to such a view.

As though on a certain level we ought to be hoping for a repeat of 1968 and the treatment given by Chicago police to the demonstrators who were in the city for the Democratic National Convention – the treatment later labeled by an official investigation as a “police riot.”

If we have officials maintaining this kind of a rigid, stubborn approach to viewing the issue, that is going to be what causes tensions that escalate into violence and vandalism.
﻿﻿﻿ ﻿It certainly won’t be that “wannabe hippie freaks” came to Chicago just to cause trouble.

I DON'T GET as worked up about the sentiments that will be expressed by the activists who are determined to make their views known while NATO officials are in Chicago.

I am sympathetic to their viewpoint, but I’m not convinced that the “in your face” tactics being considered by some will do anything to sway anyone who attends NATO conferences being held here. As for those who are hostile to their viewpoint, they’re just looking for excuses to complain.

In fact, I won’t be surprised if those people are so isolated from the city’s daily life that they will be completely unaware of any protests being done against them. Just like the Democratic convention from 44 years ago – where many of the delegates didn’t learn of the violence in the streets until after they left town at the end of the event.

Yet that doesn’t take away from the legitimacy of their views, which ought to be heard. It is the failure to listen that will cause problems.

IT STRIKES ME as being ironic that I’m having these thoughts now, as we go into Tuesday – which for some people is May Day (a holiday that in part memorializes the deaths of labor activists in Chicago on May 4, 1886, although the city’s initial reaction was to build a memorial to the police officers who killed them).

Of course, there are those who prefer to think that Tuesday is Loyalty Day – the holiday made up in the 1950s to undermine anyone who might want to pay tribute to labor.

For all I know, they may be the same people who will follow Brandt’s request and add extra prayers for all the cops(who literally are being borrowed from suburban police departments across the metro area to supplement the Chicago police regular staffing) who have to work extra hours three weeks from now. As though the overtime pay they wind up receiving won’t be a sufficient reward in and of itself.

Personally, I take some joy in the fact that “real” people (most of us, that is) aren’t acknowledging Tuesday as any kind of holiday. It’s just another work day, and in a few weeks some of us will have our daily routines disrupted for a week or so (the time that NATO is in Chicago), before things revert back to the norm.

FOR WHILE I think those people are a little bit guilty of trivializing the greater issue by trying to claim that all these people will make it harder for them to go shopping or run other errands for a couple of days, I like the thought of those who aren’t eager to latch themselves onto a bandwagon that starts demonizing someone else.

Perhaps the legitimate way to view the upcoming events is to realize that come Memorial Day weekend, it will all be over and we’ll be able to look back on the experience as one of those moments that makes life in Chicago unique from elsewhere in the Midwestern U.S. 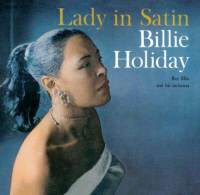 And it is why I personally prefer to do my celebrating on Monday, rather than Tuesday.

It is, after all, International Jazz Day. Listening to Billie Holiday or Herbie Hancock (the Chicago native who helped inspire UNESCO to create the holiday) sounds much more pleasurable to me than obsessing about a riot that may well never occur.