City to expand surveillance camera use

This probably isn’t the best time to be asking me what I think of those surveillance cameras that have the authority to issue traffic tickets even if no human being witnesses the alleged violation. 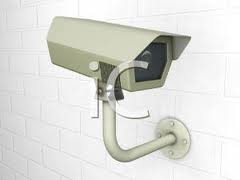 The City Council on Wednesday made some last-minute changes to a proposal that will expand the number of such cameras in use in Chicago. Those changes resulted in the 33-14 council vote in favor of the expansion desired by Mayor Rahm Emanuel.

THERE’S JUST SOMETHING about the whole unstaffed aspect of these cameras that bothers me. I don’t like the idea of a computer interpreting video and trying to make a decision about whether or not a traffic violation occurred.

Because as any of us who have ever had a computer crash on us before, computers are inherently stupid. They only know how to do what a human being has programmed them to do.

But like I said, I have a bit of a conflict. Because I recently got my “first ever” ticket as a result of one of those things.

For the record, I was driving last month through south suburban Riverdale (en route to an assignment for a suburban daily newspaper I do some work for). I was at a red light on Halsted Street, and when I saw that the traffic was clear, I made a right turn.

THE COMPUTERS SOMEHOW decided that I did not wait a long-enough time period to determine that traffic was clear so that I could make the turn.

The still video images included with the ticket that supposedly are the incontrovertible evidence of my “guilt” clearly show there was no oncoming traffic, and that there were none of those signs saying “No Turn on Red.”
But these things fall into someone’s judgment that I clearly disagree with, but whom someone has decided is more credible.

So I wound up making out the check for the $100 fine – which as it turns out was due by Tuesday. So I not only had to pay up to the IRS and the Illinois Department of Revenue by that date, I also had to cough up money to the Photo Enforcement Program.

I’M NOT IN the mood of letting these things accumulate to the point where officials could legally tow my car away without warning.

I’m broke – and anxiously awaiting my next round of paychecks. I’d consider asking my employer for help on this ticket, except that I recently got hit with a $34 parking garage fee while on assignment and I’m not even sure they’re going to cover that.

So perhaps I’m just a tad biased about these cameras and their potential to issue citations. Because I also remember a now-former suburban police chief who told me he discounted any arguments against the cameras on the grounds that large signs were erected telling people where they are located.

“You have to be pretty stupid to not see them,” that chief told me.

APPARENTLY, ALDERMEN FELT the same way, particularly since the increase in these cameras was depicted as an improvement in public safety for our young people – since most of the new cameras will be erected on polls near schools and parks.

But the “pretty stupid” people who don’t pay the cameras much mind on main streets are just as likely to ignore them if they’re driving through a school zone.

If anything, I wonder if it will give some people a false sense of security in that they think people will drive safer – even though some are determined to drive like meatheads regardless of circumstances.

To me, it’s almost like driving on a road in the woods and a deer suddenly walks into the path of a car. The deer likely thinks you’re going to stop for it. The presence of a camera that catches the “moment of impact” wouldn’t change things.

TOO MANY OF us act like we’re the deer, hoping for something to save us.

When perhaps we should be more closely watching the surroundings around us to keep ourselves safe.

Even if such cameras will issue many traffic tickets I think this action is welcome because drivers will have one more reason to be afraid of the law and this way the number of traffic violations could droop off.

I once received a traffic ticket Toronto issued by such a camera and it was a good lesson...I hope everyone will get the message because no one wants to issue tickets but to increase the safety on our streets.