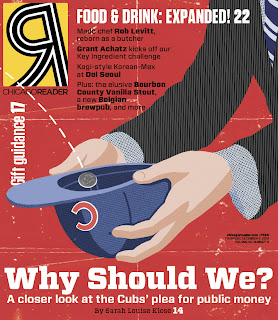 So what was the big story on Thursday for Chicago baseball – the fact that the White Sox picked up the hard-hitting bat that many believe is the reason they failed to win their division last year?
Or the fact that the Illinois General Assembly finished the fall veto session (and their business for 2010) without ever paying serious attention to the Ricketts’ family’s desire for state assistance in raising the kind of money it will take to revamp Wrigley Field so that it can remain a useful structure for decades to come?
I AM INCLINED to think it is the latter. Because this is now going to become a perennial issue before our state’s Legislature – what will they do to help the Chicago Cubs?
Now that the concept of “civil unions” is on its way to becoming law, it is only appropriate that a new issue come up that can be dragged before the Legislature for many sessions before anything gets done about it.
The Chicago Cubs are now a political football, in addition to a mediocre-to-dreadful baseball team.
I will be the first to admit that a long-term plan to renovate Wrigley Field is essential. The repairs that have been made in recent years are nothing more than short-term renovations, and I don’t blame the ballclub for being interested in finding a way to keep the 94-year-old building at Clark and Addison streets structurally sound, and in use, for several more decades.
I EVEN AM realistic enough to understand that our governments, whether it be the city, county or state (or a combination of all three), will in some way be involved.
﻿
﻿

So when people start to rant that state government shouldn’t be thinking about this issue at a time when their finances are so stretched, I say those people would be equally opposed even if state finances were solid.
It is the political legacy of U.S. Cellular Field – some politicians give a knee-jerk “no” vote whenever anything related to a sports team comes up. That sentiment was involved with the Illinois Legislature’s refusal to even consider the issue during the fall veto session that finally came to an end in the Illinois Senate on Thursday.
The Cubs are now trying to figure out some other funding scheme that might be more politically pleasing to the legislators in future years. Considering that it took the Chicago Bears some two decades of political squabbling before the Legislature finally approved a funding means for the renovation of Soldier Field, I only hope Cubs fans will realize this issue is going to take time.
UNLESS THEY’RE WILLING to play the same kind of hardball politics that the White Sox used back in 1988 to force the issue to be considered on the ballclub’s timetable – rather than the state’s.
The Chicago Sun-Times reported about the failure of the Legislature to act, saying the team is now considering measures such as turning Wrigley Field into a Tax Increment Finance district or to enlarge the “downtown” entertainment district where hotels and restaurants are taxed at a higher-than-usual rate to raise money to pay off the bonds that built U.S. Cellular (and renovated) Soldier fields.
More money could mean that the Cubs could tap into that funding source. Not that it matters to the political types. They either are knee-jerk sports fans who will go along with anything put before them, or they’re openly hostile toward doing anything.
This is going to be an issue that we will hear for many years that will not be open for any serious debate. Political people largely already have their minds made up – before they even hear the specifics of the proposal.
MY ONLY HOPE is that when our government officials do finally approve something, they will insist on some serious compensation from the Cubs in return for the aid in raising money to pay for the renovation. My doubt is that anything will happen prior to the 100th anniversary of the building’s opening (on April 23, 1914 as the home of the Chicago Whales of the Federal League).
Will they get something done prior to the 100th anniversary of the Cubs moving into that building (April 20, 1916, when they beat the Cincinnati Reds 7-6)? 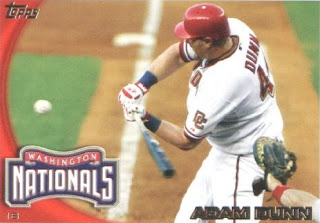 ﻿﻿﻿﻿﻿﻿﻿﻿﻿﻿With all that political intrigue for future years, the White Sox’ acquisition of Adam Dunn (who left the Washington Nationals when the Sox offered him $56 million for four years of play) is of lesser-lasting significance – although if he can repeat a season like he had in 2010 (38 home runs and 107 runs batted in), it would help the ballclub (where some fans are determined to hold onto the memory of slugger Jim Thome and say that’s the reason the White Sox didn’t win).﻿
﻿

If it turns out that Paul Konerko chooses not to return to the White Sox, Dunn would go quite a way toward replacing him. Although if it turns out that Konerko does leave the team, it would leave only pitcher Mark Buehrle and catcher A.J. Pierzynski remaining from that World Series-winning ballclub of ’05 – now that relief pitcher Bobby Jenks also is history.
-30-
﻿﻿
Posted by Gregory Tejeda at 12:01 AM