﻿﻿﻿The Cabrini-Green public housing complex on the Near North Side, like all the other high-rise public housing units that sprung up throughout the South and West sides, was a pit. Nobody lived there by choice.
﻿

﻿It was part of a failed attempt to house the less fortunate among us, whose real purpose was to isolate those people in distant pockets of the city where the rest of us Chicagoans could ignore them. A part of me thinks that we, as a society, should be ashamed that we ever let people live under such conditions.
SO LEARNING THAT the final resident of Cabrini-Green was to leave the Near North Side complex, and that all physical traces of the high-rises will soon be gone, is a positive for Chicago. Sort of.
Even though the places where these public housing residents were moved to aren’t exactly ritzy, they are bound to be an improvement over the collection of poverty that one found in the public housing high-rises – which always struck me as resembling prisons.
In fact, that probably is the best characterization of the structures. They were there to incarcerate people who didn’t have criminal convictions (or were perhaps in between prison sentences), but whom we didn’t want living among us.
Anyone who thinks I’m being overly cynical in taking such an attitude ought to read some of the Internet commentary that is sprouting up. There are many people whose biggest concerns are that these public housing residents may now be living near them.
WE’RE ALSO GETTING the rants from people who object to anyone being able to live in public housing, complaining it is now their own money (as in tax dollars) that is paying for undesirable people to be their new neighbors.
All of which means that I have mixed feelings about the demise of Cabrini-Green – which at its peak consisted of 23 high-rise apartment buildings containing more than 15,000 residents.
I can understand the reluctance of some people to move from there, even though I know their lot in life will improve by getting away from the concentration of narcotics and streetgangs that dominated the local lifestyle.
Not that they’re getting away from those problems altogether. They are everywhere. It just won’t be as intense as it was in the high-rises.
BUT I DO understand why those residents feared that the only reason city officials showed any interest in their fate was because the actual land upon which Cabrini-Green stood was SO CLOSE to the Gold Coast, Michigan Avenue and the Near North Side (some of Chicago’s most elite real estate).
They were correct in thinking that the interest had nothing to do with their own well-being (like I wrote earlier, if we cared about their well-being, we as a society never would have created the high-rises to begin with).
I got my chuckle from reading the Chicago Sun-Times account of the last Cabrini-Green resident. She is being moved to a smaller-scale Chicago Housing Authority complex south of U.S. Cellular Field, and complains that the area is a “food desert.”
She’s right. There won’t be any nearby supermarkets, compared to Cabrini where residents could shop at that Jewel-Osco supermarket located just to the east on Division Street.
OF COURSE, THAT was a source of tension at times for area residents, since that is a store frequented by Gold Coast residents as well (except for those who preferred the neighborhood Treasure Island grocery store that used to be on Clark Street). Many of them didn’t care for the interaction between the two that would occur.
It is probably another reason why some people may be glad that the housing complex honoring the memory of Mother Cabrini and former Gov. Dwight Green is gone. You won’t have to feel pangs of guilt while grocery shopping, although I suspect many of the people who most strongly felt this way never felt guilt.
Although it was that very proximity to the Near North Side that caused then-Mayor Jane Byrne to use Cabrini-Green for her stunt in 1981 when she “moved” to the housing complex for a month or so, in hopes that her presence might reduce the violence.
So while I realize that, as a whole, Chicago has potential to improve by eliminating these high-rises, I know that anyone who portrays this story as being that simple is being simple-minded themselves.
I ONLY WONDER how future generations will remember what once stood between Evergreen Avenue, Sedgwick Street, Chicago Avenue and Halsted Street – since I would expect developers to obliterate any traces of what has existed for the past seven decades.
I only hope that Hollywood and television don’t control that image. Because there are bound to be copies of that 1992 horror film “Candyman” (set in Cabrini-Green) that get aired on “bad movie nights.” 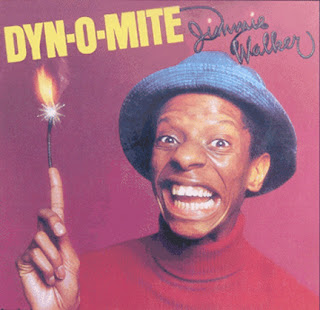 Then, there is “Good Times,” that staple of 1970s television that used to be CBS’ competition to “Happy Days” on ABC. The opening credits of that situation comedy set in a public housing complex in Chicago clearly singled out Cabrini-Green – although it was never mentioned by name.
I’d hate for people to think that the real-life of Cabrini-Green had anything to do with Jimmie Walker, or “Dyn-o-mite!” or those re-runs that crop up every night on “Me-TV.”
-30-
EDITOR'S NOTE:  R.I.P., Dantrell Davis.
Posted by Gregory Tejeda at 12:01 AM