Joe Berrios gets at least 1 vote 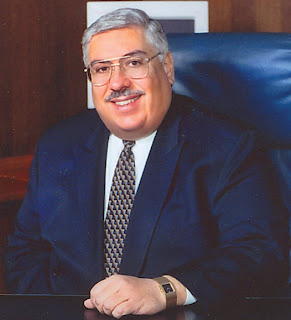 Joe Berrios, the Democratic Party chairman who wants to be Cook County assessor, got at least one vote – mine.
As much as I respect the sincerity of those people who are eager to campaign against Berrios on the grounds that he represents everything that is wrong with the “machine” politics of old, I just found it too hard to take some of their claims seriously when I walked into an Early Voting Center on Monday to cast my ballot for the upcoming elections.
YES, BERRIOS IS a walking ball of conflicts-of-interest. He is one of those political people who conducted himself on property tax issues while serving on the county Board of Appeals in the old-school manner that we’d like to think we have moved beyond in our political structure.
He probably is way too comfortable with Illinois House Speaker Michael Madigan, D-Chicago, and state Senate President John Cullerton, D-Chicago, who also are tax attorneys who argue their clients’ cases before Berrios.
But I sense too much self-righteous indignation when it comes to people complaining about Berrios – almost as though they think that by dumping Joe, they have somehow magically “cleaned up” our local political scene.
That statement is so absurd that I giggled while writing it.
WHICH MEANS I think too many people are looking to make a token gesture toward reform, while doing nothing to go after the larger structure. Berrios didn’t give us the set-up we now have, and it won’t go away if he is forced to depart electoral politics following the Nov. 2 elections.
So I don’t see the point of the Anybody But Berrios vote – particularly since I don’t see the primary alternative as being that much better.
I don’t have a personal problem with Forrest Claypool – who is running a campaign independent of the Democratic Party, even though he is a long-time Democrat.
But we’re talking about a former Chicago Park District superintendent, a one-time deputy commissioner of the same Board of Appeals that Berrios now serves on, and a former chief of staff to Mayor Richard M. Daley.
YOU DON’T GET that kind of resume in the Chicago political structure by being a legitimate reformer. People who think Claypool will bring about significant change are kidding themselves.
I don’t want to kid myself. Which is why I just went ahead and voted for Joe.
That kind of sentiment also made me vote “no” on whether to not to bring the concept of recall elections to Illinois. I have great respect for an election’s outcome, and don’t like the idea of anything that tries to undo them.
Besides, I also believe that if we’re stupid enough to vote for someone, we probably should be forced to live with the results of our mistake until the next election cycle – which will come soon enough.
-30-
Posted by Gregory Tejeda at 12:00 AM

Who is advocating a plan to conduct a systemic overhaul of Illinois politics?

What are the plans on the table?

I'm sympathetic to the argument that the system absorbs and changes people.

But what's accomplished by electing someone so deeply enmeshed in quid-pro-quo politics?

I can understand not voting for Claypool. But if you know Berrios is trading assessment reductions for campaign contributions at the board of review, how do you justify voting for him to be assessor?

Is this about thumbing your nose at the editorial boards?