I need to turn off the TV! 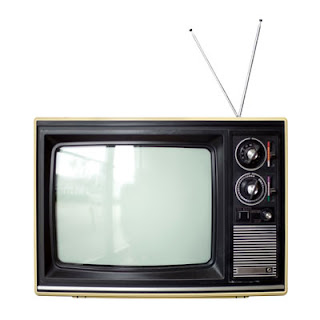 This election cycle is delving to a level of trash and triviality, and I don’t mean the soon-to-be complete cycle of debates (where Gov. Pat Quinn gave us a fortune cookie-like line when he said, “99 percent of life is showing up”).
I’m talking about all those campaign ads that pop up in bunches – one right after the other – on our local television, giving the candidates a chance to tout themselves and smack each other, while also letting the partisan committees in Washington come up with statements that would be downright slanderous any other time of the year.
SOME OF YOU, I’m sure, are shaking your head and wondering to yourselves, “Where have you been?” I know that campaign ads are as inaccurate as libel laws permit – the tiny nugget of truth is very well buried under a message of slime.
It’s just that I had an experience earlier this week that reinforced the tackiness level of such advertising – I was stuck in a doctor’s office.
In my case, my mother had a medical appointment and needed a ride to her doctor out in southwest suburban Alsip. Which means that for the two hours I was stuck in the waiting room, I had a choice of paying attention to the waiting-room television set, or reading the months-old magazines sitting in a basket. 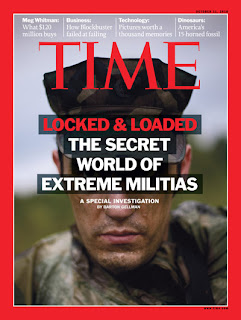 Which means I FINALLY got around to reading in-full Time magazine’s weeks-old piece about the growth of militias who are preparing for the day when an Obama-like president will try to thoroughly subvert their vision of what this country should be about.
BUT THAT ONLY lasted so long, which means my attention eventually had to swing up to the television set, which was tuned to WGN-TV and their morning programming line-up (Regis & Kelly, Rachael Ray, etc.).
During the commercial breaks, we got the overload of campaign advertising – minutes-long spurts of campaign after campaign taking their best pot-shots at the opposition.
I was reduced to the level of being the crazy person talking back to the television screen at the points when I knew the factual background behind the “charges” and exactly how much of a distortion (such as trying to say that GOP gubernatorial hopeful William Brady is some sort of tax deadbeat or cheat because he went a couple of years without owing any federal taxes) the candidates were trying to push off on the electorate.
I’m sure there is a receptionist who thinks I have “lost it.” Fortunately for me, she was polite enough not to call me out on my behavior.
SOMETIMES, MY PROBLEM is that the images are just too goofy for anyone to take any message seriously. Such as the ad depicting Democratic congressional hopeful Dan Seals as a bobbing-head doll, bopping along in perfect unison with House Speaker Nancy Pelosi, D-Calif.
I’m not aware that the two are particularly close, unless one wants to buy the logic that every member of the Democratic caucus is somehow Pelosi’s servant – existing solely to take orders from “her Royal highness” herself.
Then, there seems to be some disagreement among the candidates as to how to attack specific individuals. Take Alexi Giannoulias, the current Illinois treasurer who wants to be the new U.S. Senate member from Illinois.
I saw him get smacked in two consecutive ads – one by Republican Senate opponent Mark Kirk and another by GOP state Treasurer hopeful Dan Rutherford – because of the fact that the program overseen by the treasurer’s office to help parents pay for their children’s future college educations lost money under his watch.
KIRK TELLS US that “your kids’ college funds were lost by Treasurer Alexi Giannoulias,” while Rutherford tells us that he would do better than the “state college fund lost by the treasurer’s office.”
Only Kirk, who’s taking on Giannoulias, pinned the level of financial loss at $73 million, while Rutherford put the loss at $150 million.
I’m sure that both of these clowns could come up with a line of logic that backs up their particular figure. But the juxtaposition of these two spots made me wonder why these two politicos – who theoretically are partisan allies – couldn’t compare notes and pick a dollar figure.
Because I doubt that I’m the only one who saw those two spots, noted the contradiction, and made a mental conclusion that maybe neither one of these people knows what they’re talking about.
NOT THAT ALL the rancid rhetoric came from Republican political people. I got several viewings of the Quinn ad that claims Brady, “a millionaire” doesn’t pay federal taxes. It’s true, because his construction company did so poorly in recent years that the tax write-offs he is legally entitled to take wiped out any tax obligation he would have had.
I’ll give Brady the benefit of the doubt in assuming that if he had his choice, he’d rather have a thriving company and pay personal taxes, rather than have to rely on write-offs.
But it does seem that the bulk of the rhetoric is coming from the GOP side of the aisle – such as the spot that has a narrator asking Giannoulias countless questions, the answer to all of them being Giannoulias’ voice saying, “We need an income tax increase.”
The fact that it was recorded with a particularly cheap machine means that the voice has a particularly creepy tone to it, which I’m sure is what the GOP political operatives who put the spot together particularly enjoy about it.
IN FACT, I have to confess that only one candidate truly stood out in my mind based on this advertising spurt – Illinois Attorney General Lisa Madigan.
I got to see the same spot three times in a two-hour period detailing the accomplishments of Madigan as head of state government’s legal department. Those images of schoolchildren aplenty, and not one mention of her Election Day opponent.
In a broadcast sea of sludge, Madigan was downright refreshing, and I’m all the more glad I cast my ballot for her when I voted earlier this week. It’s too bad other campaigns couldn’t follow her lead.
-30-
Posted by Gregory Tejeda at 12:01 AM

Couldn't agree with you more. I gave up broadcast/cable TV a couple of years ago, mostly to save money, and just use the internet for my information and entertainment needs.

On those rare occasions when I am exposed to TV, such as at doctor's offices, oil change places, etc., during an election season, the incessant political ads just about drive me nuts. I am SO GRATEFUL I do not have to put up with them at home!

I do see Bill Brady ads popping up quite a bit online, but at least online, they don't come with sound, and you can choose whether or not to click on them. They are not pop-ups, they usually appear alongside whatever you are reading. I have yet to see a single Quinn ad online in its "natural habitat" -- I do seem them mentioned on blogs.