We’re back to ‘baseball’ time, but not everybody’s satisfied about change

I happened to wake up in the middle of the night early Sunday, and when I looked over at my clock, it was 1:59 a.m. Just one minute before the time we’re supposed to re-set our clocks to take into account the change to daylight savings time. 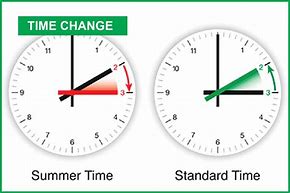 So I literally got to see the instant that my digital clock skipped over the 2 a.m. hour and it officially became 3 a.m.


WE ‘LOST’ AN hour of time (which we’ll get back come November 3 when we go back to standard time). Everybody’s body clock felt a little bit funky Sunday morning because they got one less hour of sleep. Unless, by chance, they were totally lazy slugs and decided to sleep until about the noon hour to make up for the loss.


We make the change in time that, as a child, I was taught in school was meant to give farmers extra time periods with sunlight so they could tend to crops.


Of course, the current trend is to tell stories totally debunking the idea that farmers care in the least. Just this morning, I saw a broadcast report that attributed the idea of Daylight Savings Time to Kaiser Wilhelm of Germany during the First World War effort.


Something about needing to burn less coal for fuel if there was more time during the daylight. Who knows what kind of tales future generations of schoolchildren will be taught?


PERSONALLY, I ALWAYS think of the time change as further evidence that we’re awfully close to the return of baseball. Because if you look at the dates for Daylight Savings Time, Opening Day will soon take place. 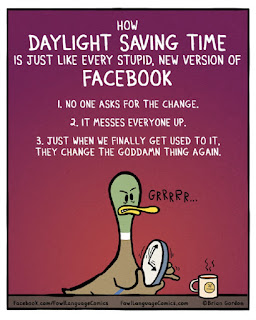 And the World Series will just have ended right about the time we switch back to Standard Time. I still remember reading a magazine feature about baseball during the off-season – with the writer pointing out that the scoreboard clock of old Comiskey Park was never re-set for the winter.


They’d leave it to Daylight Savings Time year round – figuring that baseball fans would never know the difference because nobody would be sitting in the seats some December or January!

Of course, some people like to play their own ideological games. I remember in college one of my fellow students (who happened to be a Hoosier native) would talk it up as a major selling point the fact that he never changed time.


IN HIS PART of the state, it remained on Standard Time year round – which put a large swath of the state out of sync with the rest of the country. And even with the rest of Indiana – as the far northwest corner sets its clocks in conjunction with the time here in Chicago.
Perhaps that’s part of what gives Indiana a split personality that leaves so much of the Hoosier State out-of-touch with the rest of the world (particularly the civilized part that calls itself “Chicago”). Either that, or maybe it’s from the “shame” of having to think of oneself as a “Hoosier.”


It does intrigue me that several states are trying to pass measures that would make Daylight Savings Time the official standard for time year-round.


AS IN THOSE people would have changed their clocks Sunday, and would never do so again. They’d get an extra hour or so of daylight – although we should realize that the winter months will naturally have shorter days because of the tilt of Planet Earth and the way it rotates around its axis. 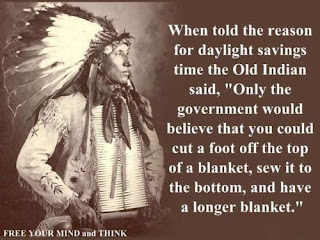 It will be interesting to see how (or if) these legislative maneuvers succeed. Because I’ve also heard from people who try to claim that Standard Time is “natural” time – and that any effort to alter the clock is somehow unseemly.


Almost as though we’re risking the “Wrath of God” himself by tinkering with the time clock. Even though if you want to be downright honest, things such as clocks and calendars themselves are man-made creations.


All I know about the issue at large is two things – we’re even closer to the return of baseball AND we’re a few steps farther away from the most dreadful time of year. As in that mid-December period when we get sundown by about 4:30 p.m!