I’ll have to confess to being a little shocked when I learned of the latest U.S. Census Bureau’s latest estimates of population. That’s the one that says Illinois, with its 12.802 million people, is now smaller than Pennsylvania’s 12.805 million. 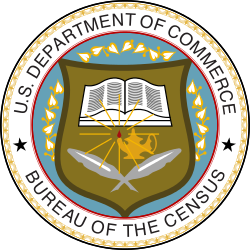 Which means Illinois is now the sixth largest of the 50 U.S. states. We’re no longer in the Top 5!


WHAT IS SURPRISING about that? I have to confess. I thought we already were Number 6. When I first heard of reports saying we were out of the Top 5, my reaction was “What else is new?”


Although we were still amongst the top of the Great Lakes states. In fact, we’re still at the head of those states in population. Although it should be noted that Michigan, Indiana, Ohio, Wisconsin and Minnesota all experienced slight increases in population – according to the latest Census Bureau estimates.


Are we headed for a point some five or six decades from now that Illinois will be just another mass of the states whose lifeblood relies on lakes such as Superior, Erie and Michigan, to name a few?


IT SHOULD BE noted that it was my mistake to take the Electoral College too seriously on this issue. Because the number of electors a state gets doesn’t always coincide with the number of residents. Smaller states get more than they ought to, even the ones that get the bare minimum of three.


Whereas Illinois’ electoral problem has always been a matter of the state’s population not growing enough to warrant more representation. Take the early 1930s when the state peaked at 27 electors, compared to the 19 it now has (and 18 it could be reduced to following the 2020 population count).


Back then, Illinois had 7.63 million people total (with nearly half living within the Chicago city limits). Yet despite having 5.3 million more residents now, we get eight fewer electors. There are entire states that have the same political representation.


So aside from having fewer people living in Illinois, what else is notable to people living along the southwest shores of Lake Michigan?


DECLARING VICTORY AFTER A LOSS?!?: President Donald Trump is going around claiming he killed off the healthcare reform plan that was a major part of President Barack Obama’s legacy – even though the measure remains in federal law and is likely to never be formally repealed.

It seems the tax overhaul bill (all $1.5 trillion of it) includes provisions that eliminate the penalties people are charged if they do not have health insurance. Which was the provision meant to encourage people to use the Affordable Care Act.


Meaning he’s made it possible for people to ignore the law requiring people to have some sort of health insurance. Of course, Trump has made a mess that complicates the situation for those people who want to get health coverage, but can’t afford to do so without the subsidies that Affordable Care helped provide.


Trump’s victory declaration will appease his own ego, and I’m sure he’ll claim it gives him a legacy of his own. Although most likely, it is nothing more than political spin gone wild. 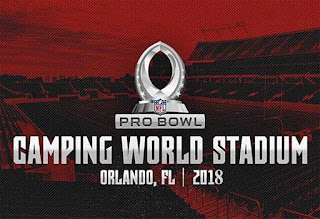 Because for the third straight season, there won’t be any members of the Chicago Bears playing in the game that is supposed to represent the best football has to offer. Then again, a team with a 4-10 record (with two games remaining) surprisingly doesn’t have anybody worthy of all-star status.


So there’s definitely no reason for Bears fans to care about the game to be played Jan. 28, 2018 at Camping World Stadium in Orlando, Fla. I can’t even envision the players caring much.


Because at least in the old days, the Pro Bowl’s appeal was that it was played in Honolulu, Hawaii – a locale that added an exotic touch to bring a season of football to an end. Somehow, a corporate-named stadium near Disney World just doesn’t have the same touch.