We in Chicago have priorities straight

The nation may have been obsessing politically Tuesday over Donald J. Trump and his first nationally-televised address to Congress and the nation, what with Rep. Jan Schakowsky, D-Ill., going so far as to make a fundraising pitch where she says his rhetoric will be filled with "whatever lies he spreads in his speech."

But I suspect we here in the Second City had our priorities straight, being more concerned with the potential for political shenanigans that may wind up impacting the Chicago Public Schools and those young people who have little choice but to try to get themselves an education in that system.

THE FEAR IS that with the ongoing inability of Gov. Bruce Rauner and the Democratic Party-led General Assembly to put together a budget that ensures state government can function as its supposed to, the funding that the state already unreliably provides to public education programs will be tampered with.

Which led to the letter Mayor Rahm Emanuel had drafted to send to parents of public school kids, telling them that the 2016-17 school year may have to come to an abrupt end June 1. As things stand officially, the school year is supposed to run through June 20, although it could go longer if we get sudden bursts of harsh wintry weather that could force snow days to be used.

Perhaps that means we ought to be grateful that we have had a mild winter this season. I'm not aware of schools having to be closed at all this year due to snow or excess cold.

The letter was signed by schools CEO Forrest Claypool, but people are pretty sure he wouldn't have the nerve to concoct an idea like this without having the approval of Hizzoner himself.

PERSONALLY, I WONDER how this would harm the students themselves, since they're supposed to have a certain minimum amount of actual days in the classroom for a school year to "count" for something. Basically, to ensure that all students are getting certain amounts of class work, regardless of what district they're actually attending school in.

Could we be putting our system's students into a status where their school year would not officially count? Would we be doing the equivalent of holding them back a year because of the financial mess?

Would we be giving the crackpots of our society all the more fuel to mock anyone who comes out of the Chicago Public Schools system to think the city somehow lags behind the rest of Illinois?

The Chicago Teachers Union, which is always quick to denounce anything where there's even a tinge of being able to "Blame Emanuel!" in the works, may actually have a point this time with their criticisms.

THE CHICAGO PUBLIC Schools, they say, "is broke on purpose. Hundreds of millions of dollrs remain in TIF surplus funds -- revenuethat could plug the holes in school budgets throughout the district today." 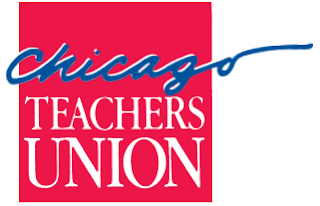 I don't know about the merits of using tax increment district funds (which are supposed to be used to encourage businesses in specific districts to make investments in their long-term viability) for schools operations. But I'm sure we're now facing a drastic enough situation that previously-unconsidered measures need to be contemplated.

Because right now, the teachers union isn't really wrong when they say, "It is criminal that we have a mayor that would rather wait out Rauner's hostage situation (the lack of a state budget) instead of doing the right thing and providing the revenue to fully resource schools."

I'm almost surprised that Trump hasn't used this situation to make more of his Tweets from a Twit to rant about the Chicago schools being in sorry shape, just as the GOPers of the Reagan era used to like to use the "worst in America" label to lambast the Chicago Public Schools. Or maybe that would require Trump to keep more than one train of thought going at a time -- and for now, Chicago is about murder!

OF COURSE, THERE also are the confirmations of all the appointments that Trump wants to make to the federal government, and it seems there are complications with the attempt to put Todd Ricketts in as deputy Commerce secretary. CBS News reported that Ricketts, a member of the family that owns the Chicago Cubs, may have to withdraw his nomination later this week, in order to avoid the humiliation of being formally rejected by the Senate.

It seems that Ricketts' connections to AmeriTrade, which is the family's primary business interest, puts him into so many financial conflicts of interest with government that it would be impossible for him to comply with Office of Government Ethics rules.

The benefit of Ricketts not getting the appointment may well be the Cubs, since it will reduce the potential for people to take pot shots at the ball club by labelling them the preferred ball club of the Trump Administration -- a status that Chicago White Sox fans (who enjoyed the status of their team labelling former President Barack Obama their "first fan") would be more than willing to exploit.

But it also makes me wonder about all the stink we've been hearing with regards to the potential for Trump himself to have conflicts of interest because of his business ties -- do we have a system of government in which Trump is fit for 46 percent of the electorate to say he can be president, but he'd be unfit if somebody else tried to appoint him to a cabinet post?