I couldn't help but notice the reports Friday about the change in brands of brews to be made available at Chicago White Sox games beginning this season. 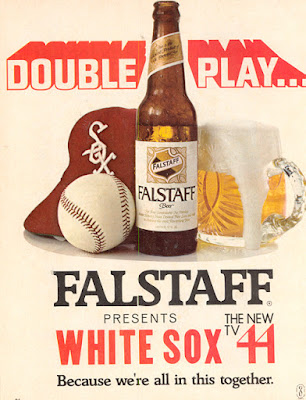 No more Miller Beer products. No more Miller Lite. No more "tastes great, less filling" debates in between verbal brawls about why the White Sox are playing so putridly.

THERE'S ALSO THE part of the announcement that has Modelo Especial becoming the official import beer sponsor of the White Sox.

Which sounds like something exotic, until one realizes that Modelo brand beer is one of several Mexican brews owned by Grupo Modelo, which is part of the larger conglomerate that already owns Anheuser Busch products.

Although to tell you the truth, the notion of Mexican beers being available at White Sox games is something I can remember as far back as the first games I ever went to at Comiskey Park back in the 1970s.

BACK THEN, AMONG the advertising signs displayed in the ballpark were ones for Carta Blanca, a brand I occasionally drink. Because when it comes to a Mexican brand of cerveza, I'm more likely to desire a Tecate.

And as for those who want to think that Miller brand beer products are an essential part of the White Sox experience, I recall the days when Harry Caray was the face of the White Sox who guzzled down Falstaff beer because that was the ball club's sponsor. 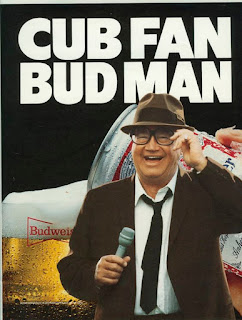 All that "Cub Fan and a Bud Man" nonsense came along later when Caray became an aging caricature of the Hall of Fame-quality broadcaster he had once been in St. Louis and on the Sout' Side.

Besides, when I think about baseball and beer, I remember the 9 bucks I had to pay the last time I actually splurged for a cup of mediocre brew at the structure now known as Guaranteed Rate Field.

WHICH, TO MY mindset, is way too much to pay for a drink. I wonder how anyone is capable of getting seriously plastered at a ballpark these days. It costs too much, unless they're literally sneaking the liquor into the ballpark with them.

Although I'll have to admit that watching the World Baseball Classic matchup Friday between the United States and Colombia was frustrating. 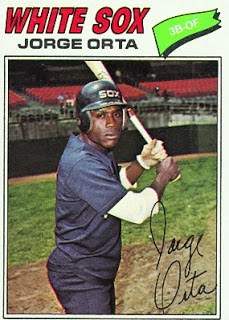 What with the way White Sox ace Jose Quintana pitched near no-hit ball for five innings and left the game with a two-run lead -- only to see his team's relief pitchers immediately blow the lead!

Certainly one of those moments where I wish I had a supply of cerveza readily on hand. Perhaps a Carta Blanca, to trigger old beisbol memories of the days of peloteros such as Jorge Orta and Francisco Barrios.

Posted by Gregory Tejeda at 7:39 PM