Do we have right to goof off on the job?

One summer back when I was in college, I had a job with the Cook County recorder of deeds office where I still remember the first day of work – where my superior gave us the lecture about goofing off and sleeping while on the job. 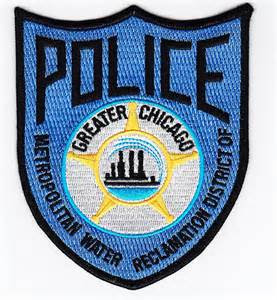 Not because of any concern about the peoples’ work being done. But because the office had recently been the subject of one of Walter Jacobson’s “Perspectives” reports that showed workers goofing off.


THE OFFICE COULDN’T afford to have any more public embarrassments. That is what I’m sure is being felt these days by the Metropolitan Water Reclamation District – which is being sued by two of its former police officers who are upset that they were fired for a series of infractions.


Including being caught talking about goofing off on the job in ways that included napping and drinking.


Yet we have two former police officers who have the nerve to take their case to the courts, where they’re not only suing their former employer, but also the Illinois State Police and Motorola.


They want someone to pay, and pay big, for the fact that their behavior on the job was less than professional and that they got caught!


IN THIS PARTICULAR case, the two officers were showing a new recruit around the water district’s plant in suburban Stickney and they were telling him about the secret place where they kept a refrigerator stocked with beer so they could drink, or nap, while on duty.


They also used racial slurs to describe at least one of their colleagues. 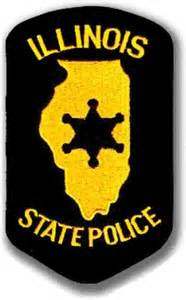 The reason we know about this conversation is because that the new recruit’s radio microphone was activated, and their conversation was not only picked up, it was broadcast over a frequency used by the Illinois State Police.


Hence, according to the lawsuit now pending in the U.S. District Court, the rights of the police officers were violated by the water district when they were fired for goofing off on the job and using racial slurs.


BUT THE STATE police also violated their rights by broadcasting their message to everyone in the area with a police scanner set to the right frequency, and also by Motorola – which came up with defective equipment with open microphone problems.


As pointed out in the lawsuit, there were at least 21 incidents in December 2014 that officials did nothing to fix. Which resulted in these particular officers being denied their right to drink on the job, as well as make insulting comments about whomever they wanted to.

Which is the most pathetic part of this whole affair – someone wants to take absurd behavior and try to turn it into their right. As though they’re somehow doing us a favor by drinking on the job and going about spewing slurs about everybody who isn’t exactly like themselves.


It comes across as a bastardization of the rights that we are supposed to have in this free society – if anything, it winds up providing the justification for those in totalitarian societies to mock us as being hypocritical.


PERHAPS IT’S BECAUSE I keep in mind any time I’m knowingly around recording equipment to watch what I say. And law enforcement officers who openly wear such devices ought to know this better more than anyone else.

Unless they’re the type of officers who expect such technology to be used against other people, and not themselves. Which sounds like the real violation of anyone’s rights.


I just wish I had known of this line of logic, because then I could have told my supervisor in Cook County government where to stuff it. It was my right to nap or goof off, regardless of what Channel 2 news cameras might pick up.


Although, somehow, I suspect that attitude would have got me fired long before any attempt to catch a little sleep off in the distant corner of the office where we were out of sight of the bosses.