The ballplayers taking part in the Caribbean Series beginning Saturday were from places scattered all over Latin America, while the umpires came from Mexico and Cuba. 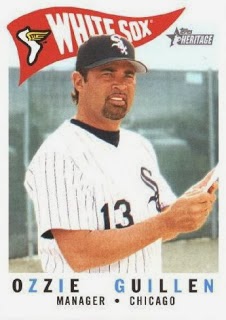 The advertisements around the ballpark were for Polar-brand beer (get it?), while the fans danced to merengue music (rather than the heavy metal or rap music riffs we hear in U.S. ballparks).


AND THE WEATHER or Margarita Island in Venezuela, where this year’s Caribbean Series baseball tourney is being played, was so un-Chicago – sunny skies and 88-degree temperatures on Saturday afternoon.


Which is why I was amused to learn of the broadcast crews that way too many baseball fans will ignore because they’ve been brainwashed into thinking that the Super Bowl somehow matters – or that they’re supposed to care about overpriced commercial spots that will air during the game.


It was as Chicago as one could get.


I found it amusing to tune in to the pre-game show and see that the usual ESPN Deportes broadcasters were joined by one-time White Sox manager Ozzie Guillen – who didn’t give us any verbal whoppers, but tried to make himself appear to be quite the baseball expert.


THEN AGAIN, THE Caribbean Series runs through next Saturday. There will be plenty of opportunities for Ozzie to say something that will manage to tick off somebody, while amusing, entertaining or informing the rest of us.


Although if by chance you didn’t watch the ballgame on television (I don’t know your access to the ESPN Deportes channel – station number 609 on my television set), keep in mind that the ESPN Spanish-language radio broadcasts are using one-time baseball pitcher Orlando "El Duque” Hernandez to give player insight to the broadcasts. 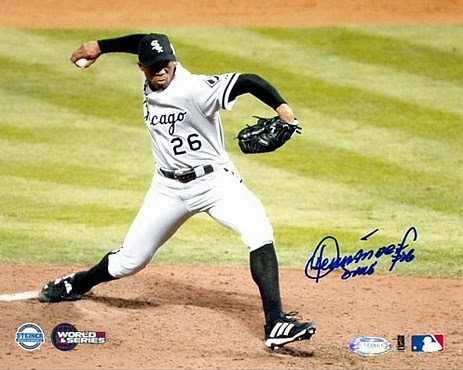 Hernandez might well be remembered most as a New York Yankees pitcher. But let’s not forget his stint with the White Sox team that won the 2005 World Series. His relief pitching stint in the final playoff game that year against the Boston Red Sox (where he pitched three perfect innings, prevented the White Sox from blowing a one-run lead AND made Red Sox slugger Manny Ramirez in particular look like a total chump) is one of those memorable moments.


And I’m sure that to the mindset of the Red Sox fan, Hernandez’s White Sox road uniform looked remarkably similar to when he wore Yankees road grays and did his part to repeatedly shut them down.
﻿﻿
﻿﻿GUILLEN AND HERNANDEZ – it’s a shame they won’t be a part of the same broadcast at some point. Perhaps we’d get a reminiscence or two of that special season from nine years ago when a Chicago ball club actually wound up being the best.
Before they go back to telling us about this year’s versions of the Licey Tigers (the Dominican Republic’s champions) or the Hermosillo Orange Growers (from Mexico), or the fact that Cuba is once again being included in a tourney that purports to give us the championship of all Latin America.


All in all, it has me hoping that there’s some truth to the speculation that Caribbean Series officials are considering a change in the rotation of host nations so that it will come to the United States (most likely at the Miami Marlins’ ballpark near the "Little Havana" neighborhood that has cropped up along Eighth Street) in future years.


Be honest. It will be a more interesting spectacle than anything likely to happen Sunday when football (not futbol) fans freeze their behinds off in the wintry weather of the Jersey-based suburbs of New York City.

EDITOR'S NOTE: One little tidbit when watching a Spanish-language baseball broadcast. When you hear the announcer say that the batter was "punched out," it means he was struck out by the pitcher. Not that any kind of brawl was about to take place.
Posted by Gregory Tejeda at 2:40 PM