A half-century of Beatles memories, Obama, & what would Lennon be now?

I don’t really have a first-hand story about the Beatles in Chicago. 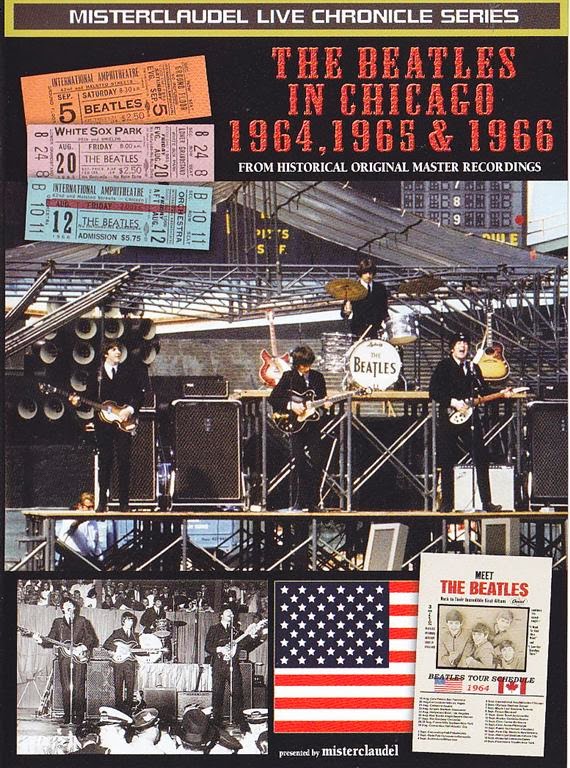 I wasn’t yet conceived when they did their first concert in 1964 at the International Ampitheater – although my late aunt Charlene was at that concert, and she always insisted that Paul McCartney himself was looking at her throughout the entire event.


I WAS JUST a couple of weeks away from being born on the day in ’65 when the Beatles took to a stage erected in the building that is now the parking lot just north of U.S. Cellular Field. Does that mean John Lennon’s spirit lingers alongside that of Nellie Fox?


By the time I was old enough to comprehend much of pop music, the Beatles had moved on (I grew up with people in junior high school who thought Kiss was an immortal rock band – instead of just a more obnoxious-looking variation on the camp of the Village People).


So as all the hype has been spewed in recent weeks about how it has been 50 years since the Beatles “conquered” the United States, a part of me has to admit it comes across more like a history lesson.


Not that I object to a history lesson. It is intriguing to see what catches the popular mindset at any time. And that there are times when it is something more substantial than a Justin Bieber.


ALTHOUGH TO BE honest, to read the initial coverage of the Beatles’ arrival at JFK Airport in New York so they could appear on the Ed Sullivan Show (50 years ago Sunday), it would seem that some thought of the “Mop Tops from Liverpool” as being equally inconsequential.

﻿
There would be people from a half-century ago who would be completely amazed at the concept that anyone today even remembers the Beatles any more than they do Gerry and the Pacemakers.


﻿ Perhaps it’s because songs by the Beatles evolved onto a different level of pop music – perhaps elevating it to standards beyond schlock. If the Beatles had never gone beyond wanting to hold your hand, they likely would just be the story of the summer of ’64 like that “Ferry ‘cross the Mersey” that the aforementioned Pacemakers performed?


My own preference when the Beatles come up is to remember the Rubber Soul and Revolver albums, which are at a level that no one in 1964 would have conceived of. Others usually come up with memories even later – although Sgt. Pepper’s Lonely Hearts Club Band is just too much of a period piece album to listen to casually.


NOW, OF COURSE, the Beatles are more nostalgia than anything else. How many times can PBS re-run their broadcasts of McCartney appearing at the White House (and singing Michelle to the first lady herself)? That, and the time Mick Jagger got Obama to sing a couple of lines from Sweet Home, Chicago (but that’s another commentary).


Although that is more of a tribute to the Beatles’ lasting qualities. I don’t see anyone asking the Dave Clark Five to show up at the White House!


Insofar as Obama is concerned, a part of me thinks of his persona and the Beatles in similar ways. Obama had been on the Chicago scene since the mid-1980s, but didn’t really become known to the public at-large until that 2004 speech at the Democratic National Convention.


Just as many people in this country had no clue what a Beatle (that has to be a typo, they must have thought) was, until they saw that Sullivan broadcast. Those who knew the Beatles in Britain in '63 are like those people who read "Dreams from My Father" when it first came out in the mid-1990s.


ALTHOUGH BEATLE SPECULATION these days plays out in my mind (at least) as wondering what it would be like now if Lennon had lived a full life.


I am old enough (I was in high school) to remember his death, which seems even more nightmare-like because I happened to be taking a nap that day and awoke to see a television news report about his being shot in New York.


My first reaction was to think I was having a bad dream.


Unfortunately for all, it was merely more confirmation that reality is capable of coming up with things more unique, unusual and sordid than I ever could dream up in my own mind.