We lost Office Depot. Some fear ADM is next. Where is Illinois headed?

Officials with Office Depot, Inc. – the company that resulted when the Office Depot and Office Max chains of office supply retail stores merged into one entity – dumped on Illinois on Tuesday. 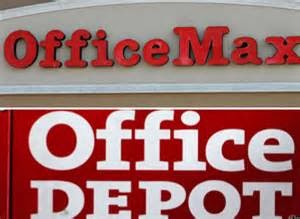 Not that it was unexpected. In fact, anybody with sense could predict that the move was going to happen. Although the ideologues of our society are going to be more than willing to concoct their own reasons to appease themselves.


FOR THE RECORD, Office Depot, Inc., let it be known that their corporate headquarters will be in Boca Raton, Fla. –the city where Office Depot had been.


Office Max had its corporate offices in suburban Naperville, and those offices will be abandoned. So Illinois lost a business to Florida. Some 1,600 jobs in Illinois are suspected will be lost.


Admittedly, the company had expressed a willingness to be based in the Chicago suburbs IF the Illinois General Assembly were to grant them certain EDGE tax credits. But in the wake of being obsessed with approving a measure to resolve pension funding programs, the Illinois House ignored the issue.


So with no tax breaks, the new Office Depot chain will be a Florida-based business.


THE HONEST TRUTH is that this merger basically sees Office Depot take over Office Max. So it shouldn’t be a surprise that their corporate culture will be the predominant one in the newly-enlarged company.


It would have been a bigger jolt if they had made the move to DuPage County. I’m not sure that such tax credits would have been appropriate. If Office Depot, Inc., can’t fully appreciate the benefits of being a part of metro Chicago, I’d argue it’s their loss.


There ought to be limits as to how far our political people go to do the equivalent of bribing businesses to come be amongst us. 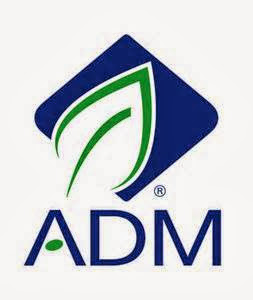 Of course, this issue is going to crop up again, since the Decatur-based Archer Daniels Midland company also wants the same type of tax credits. They say they want to be in a bigger city than their current corporate home, and would like to keep an Illinois tie by moving to Chicago.


BUT THEY’RE DEMANDING the same EDGE tax credits, which really don’t amount to much money toward their financial bottom line.


It really comes down to a business entity thinking they have the right to demand things of government, just because they can. “Corporate welfare” is the label some people like to put on these kinds of deals, although there are times I wonder if “corporate blackmail” is more accurate.


Yes, there are political people who are claiming the loss of Office Depot, Inc. – which we never really had in the first place – is evidence that we’re too inept to hang on to ADM. They may well wind up in St. Louis or Minneapolis – although I’d suspect the Dallas-Ft. Worth area is more likely because they have an airport and flight connections that can compete with what’s available at O’Hare International and Midway airports.


I do realize that not gaining a corporate headquarters is a blow to the state. It would have helped burnish our rep if we could have stolen it, in a sense, from Florida. But it’s not exactly the end of the world.


PERHAPS AS EVIDENCED by the statement Gov. Pat Quinn was able to issue Tuesday about the boost Illinois received from the Standard & Poor’s credit rating agency. The quality of the state’s bonds rose from “negative” to “developing.”


Having our state Legislature get off its collective duff and act on pension funding was a significant step in the direction of significant improvement of our state’s economy. 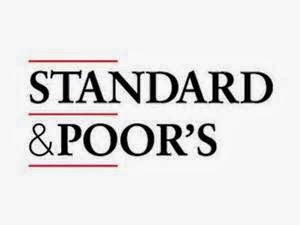 “The change reflects the consensus reached on pension reform, which we believe could contribute to a sustainable path to fiscal stability,” Standard & Poor’s credit analyst Robin Prunty said of Illinois.


More sustainable than any concoction of EDGE tax credits could ever achieve for Illinois.